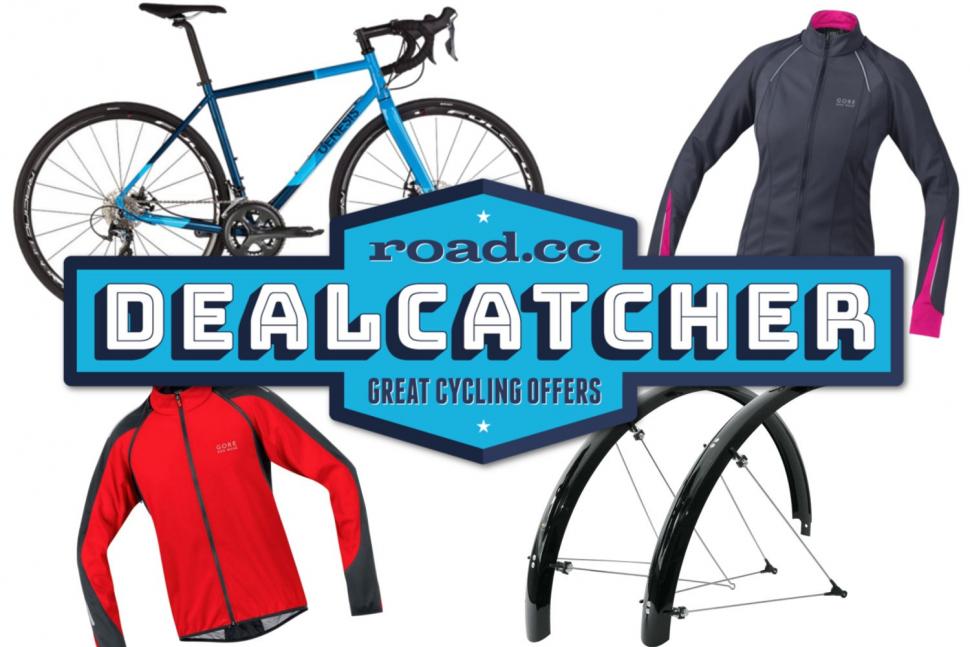 Sure, the Black Friday was months ago and the January sales are seriously waning, but that doesn't mean there aren't still deals to be had! Especially not with the DealCatcher on the lookout for you.

Today's DealCatcher round-up features a stonking deal on a road.cc favourite bike, plus a couple bits of gear to keep out the cold and wet.

Genesis's 2016 Equilibrium Disc 10 is up first, with Tweeks Cycles as the price-slashing protagonist.

Following that it's Decathlon's turn to take over the dealy duties with an offer on a pair of SKS mudguards.

Finally Cycle Surgery has slashed the prices of both the men's and women's versions of Gore Bikewear's Phantom 2.0 jackets.

Genesis's Equilibrium disc rolled into road.cc vernacular back in 2014. Our man Dave Atkinson took the beast out for a spin when the disc-equipped adventure range from Genesis was still fresh.

Mr Atkinson really liked what he saw then, despite a bit of extra weight that slowed him down.

Since then Genesis has looked to strip some of those cumbersome kilos and make the adventure bike a little more nimble and andventury.

This #mycyclingweekend we saw several of you rolling in from your weekend ride with splattered legs, backs, and even a few faces.

That sort of unwelcome shower is avoidable, believe it or not. All you need are a pair of mudguards.

These SKS Bluemels will do that job nicely, and at a bargain price.

SKS have chops, too. They've consistently and frequently featured in our mudguard Buyer's Guides.

When our man Dave Atkinson took the Phantom 2.0 out for review, he grew attached to it very quickly.

He called it "well made and versatile" as well as saying that it's "comfortable on its own and works equally well as a base layer."

At these prices, the Phantom 2.0s should be a no brainer if you're looking for a bit more warmth on your rides.