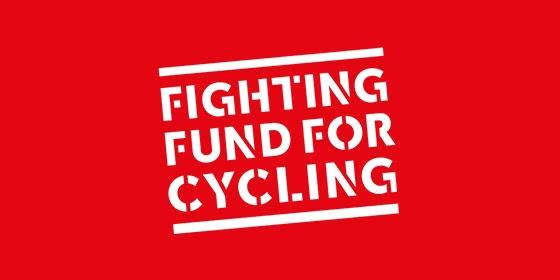 "“Groups of taxi drivers and minority groups of residents and businesses still refuse to believe the hard facts" about cycling, warns organisation...
by Simon_MacMichael

London Cycling Campaign has hailed 2016 as “an outstanding year for cycling” in the capital, but has warned that “we’ve got a fight on our hands” as it launches a fresh appeal to raise funds to help it combat opponents of infrastructure for people on bikes.

In an emailed New Year’s message, the organisation said that Mayor of London’s pre-election commitment to its Sign for Cycling pledge and his subsequent announcements of the Direct Vision Standard to remove the most dangerous lorries from the city’s streets and investment of £770 million in infrastructure would “keep London on track to becoming a cycling city.”

It also hailed the opening earlier in the year of the first sections of the North-South and East-West Cycle Superhighways, which it described as “landmark schemes that show what’s possible when political will, public financing and the best expertise combine, and testament to how effective we were in persuading the previous Mayor, Boris Johnson, to ‘Go Dutch’.”

But LCC cautioned that it was not a case of ‘job done’ and warned that “schemes that are already in place are under threat and those in the early stages of development will not be delivered to the highest standards – or indeed at all –  if LCC doesn’t back them energetically and help make sure the nay-sayers don’t scupper them.”

Those include CS11 from Maida Vale to the West End, Tavistock Place in Bloomsbury, and the ongoing Mini-Holland projects in Enfield, Kingston-upon-Thames and Waltham Forest.

It cautioned: “Groups of taxi drivers and minority groups of residents and businesses still refuse to believe the hard facts – better cycling infrastructure improves people’s lives, makes London a better place for business and ultimately improves quality of life for everyone.”

The LCC Fighting Fund was launched in December, with matched funding available from major donors and trade organisations meaning that any donations received will be doubled, up to a total matched contribution of £5,000.

The fund aims to raise money to support the organisation’s campaigning efforts and, according to LCC, to:

•             Design and produce communications materials to get residents on board and bust myths.

•             Build alliances with progressive organisations to make sure our voices are heard by decision makers.

Here's how LCC says you can donate to the fund:

Call us directly, and we can take a donation from your credit or debit card over the phone: 020 7234 9310
Donate by cheque

You can donate by sending a cheque made out to LCC and posted to Membership and Fundraising, London Cycling Campaign, 2 Newhams Row, London, SE1 3UZ
CAF

If you have a CAF account, you can also make a donation by sending a cheque to Membership and Fundraising, London Cycling Campaign, 2 Newhams Row, London, SE1 3UZ
Transfer from your bank

We can accept donations paid directly into our bank account. You will need LCC's bank details when requesting the transfer:

When making a bank transfer, please notify us  by emailing membership [at] lcc.org.uk with details of the date the transfer was made, the amount and also a reference for the transaction.
Make a regular donation

Making a regular monthly donation to LCC is one of the best ways of supporting our campaigning. Set up a regular donation here.

If you have any questions about making a donation to LCC, please contact the Membership Team on 020 7234 9310 or email membership [at] lcc.org.uk