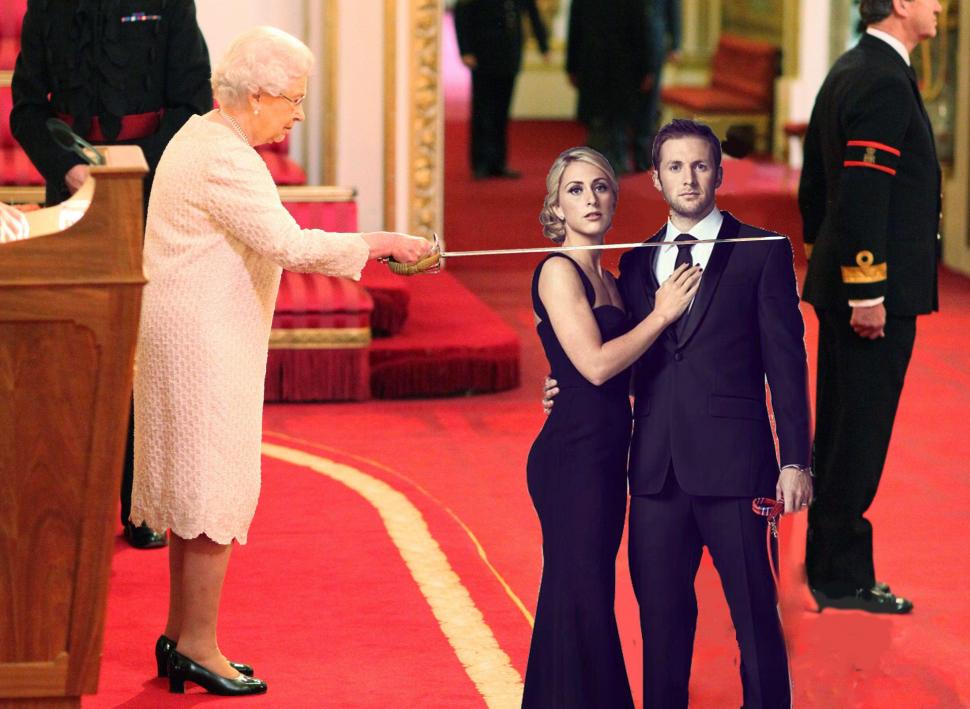 The Kennys, Clancy and Cundy among 18 Rio athletes handed gongs this year
by Sarah Barth

The Olympic and Paralympic cyclists have cleaned up for a second time this year, with eighteen riders having their achievements recognised in the 2017 New Year’s Honours List.

The Kennys already hold OBEs, so as we reported earlier this year, the higher honour comes as little surprise.

Ed Clancy, who won gold in Beijing, London and Rio, has been given an OBE, as has Jody Cundy for his service to cycling and swimming, having won a total of seven Paralympic gold medals so far in his career.

Kadeena Cox, who won gold in both para-athletics and para-cycling in Rio, is awarded with an MBE for her services to athletics.

Apart from the Olympians, four other stalwarts of cycling in Britain have been granted honours.

British Cycling president Bob Howden said: “The New Year’s Honours List represents the latest round of accolades for the Great Britain Cycling Team in what has been an extraordinary year for cycling. In total, British cyclists claimed 12 Olympic medals, 21 Paralympic medals, 16 elite world titles, and yellow jerseys in the Tour de France and Tour of Britain so it’s great to see so many of our cyclists awarded with an honour.

“Along with every other British Cycling member, I am very proud that our sport has such wonderful ambassadors who inspire huge numbers of people to get on their bikes.

“I’m also thrilled for Brian Robinson that his role as a true cycling pioneer has been rewarded. Brian, an inspiration to me and many others in our formative years, has given a huge amount to the sport, particularly in Yorkshire.

“Equally, it is vital that the contributions of Bill Owen and Neville Pettitt are recognised – without their work and that of the thousands of volunteers nationwide who turn out week-in, week-out we simply would not have a sport.

“On behalf of everyone at British Cycling, I’d like to congratulate all of those recognised for their services to cycling in the New Year’s Honours list and thank them for their contribution to our great sport.”