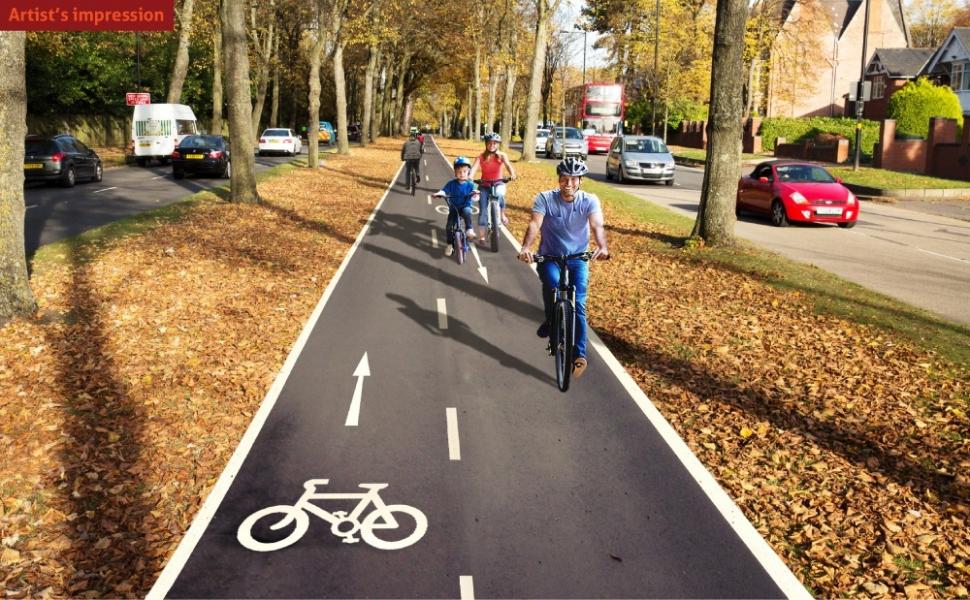 Birmingham City Council has announced a change of tack for its Department for Transport-funded £60m Cycle Revolution project. Six cycle lane schemes have been scrapped in favour of two segregated superhighways.

“This is a real change in direction. We had individuals and groups telling us we are not delivering the right infrastructure which makes people feel safe using it. And we will get better results by providing high-quality, high-capacity cycle routes.”

The combined cost will be almost £12.5m and construction is to begin next year with the lanes open in 2018.

"These safe and convenient routes will encourage more people to cycle as an attractive alternative to driving on congested roads or using crowded public transport. They will be a real advance for the city’s infrastructure and set standards for the West Midlands Cycle Charter."

Gavin Passmore, of Sustrans, said: "Evidence from our Bike Life report suggests that many people in Birmingham want to cycle more, with 77 per cent saying that protected bike lanes would help them cycle – more than for any other type of cycle route.

"The new routes will create a direct route to areas that are undergoing large investment and change, giving people a wider choice of how they travel."

Details of both routes are at this stage subject to consultation and detailed design work.

This will be a 4km two-way, fully segregated cycleway along the A38, linking Selly Oak and the University of Birmingham with the city centre.

One proposal is for the route to run down the central reservation for a stretch (Section B in the map below). Signal controlled crossings would bring cyclists to and from the side of the road at either end. This will be a 4.5km two-way, segregated cycleway along the A34, joining Perry Barr with the city centre and linking to Newtown Wellbeing Centre. A short section will be shared with pedestrians. 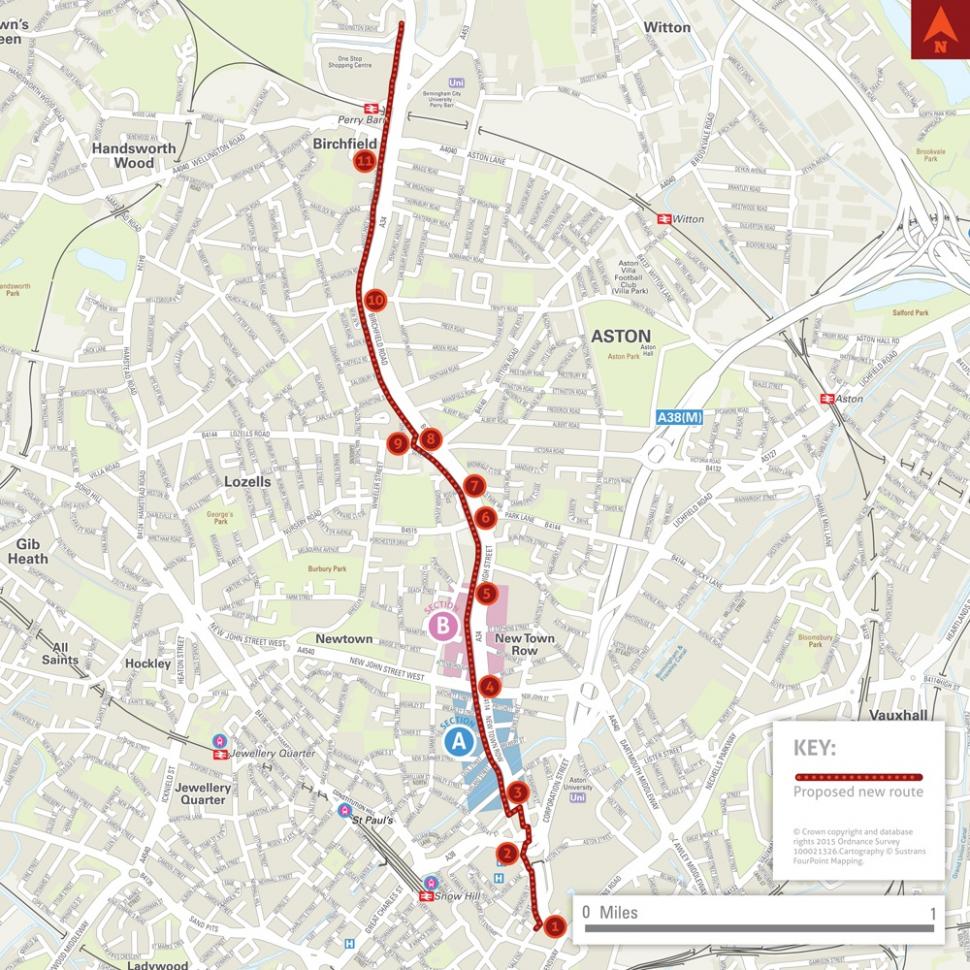