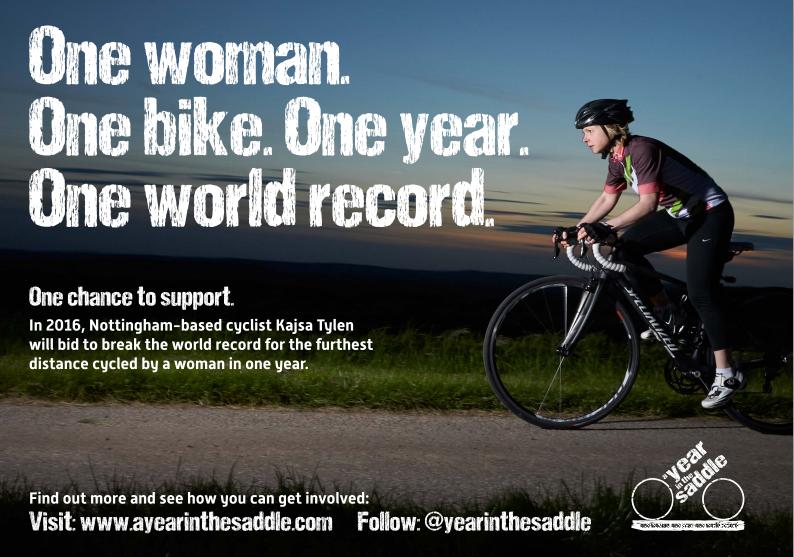 Kajsa Tylen has hit her personal target of cycling 50,000km in a year. This also means that the Nottingham-based Swede has passed Billie Fleming’s 1938 record for the greatest distance cycled in a year by a woman, which was 47,642.5 kilometres.

Initial celebrations were a touch awkward.

But on the plus side, it did mean a triple scone day.

“I got to share my record-hitting day with some of my favourite people and there were tears but mainly lots and lots of laughs! Of course, it isn't over yet, I still have until the end of the year to add to the total and then I have to send all my evidence to Guinness and hope everything is as it should be. So it's not official until they say it is.

“My plan now is to start recovering, with reduced miles (but without slacking), and enjoying the rest of the year. And do the admin of course!”

You can find out more about her efforts at her website ayearinthesaddle.com.

Over in Florida, Amanda Coker is continuing her record attempt. According to the Human Annual Mileage Record page on the Ultra Marathon Cycling Association website, the 24-year-old has so far ridden 47,172 miles (75,916km) in 209 days.

Coker has stuck to the same route – laps of a flat course in a park that is sheltered from the wind – since May. This has helped her average over 20mph and means she is on course to break the overall record set by Kurt Searvogel in January.