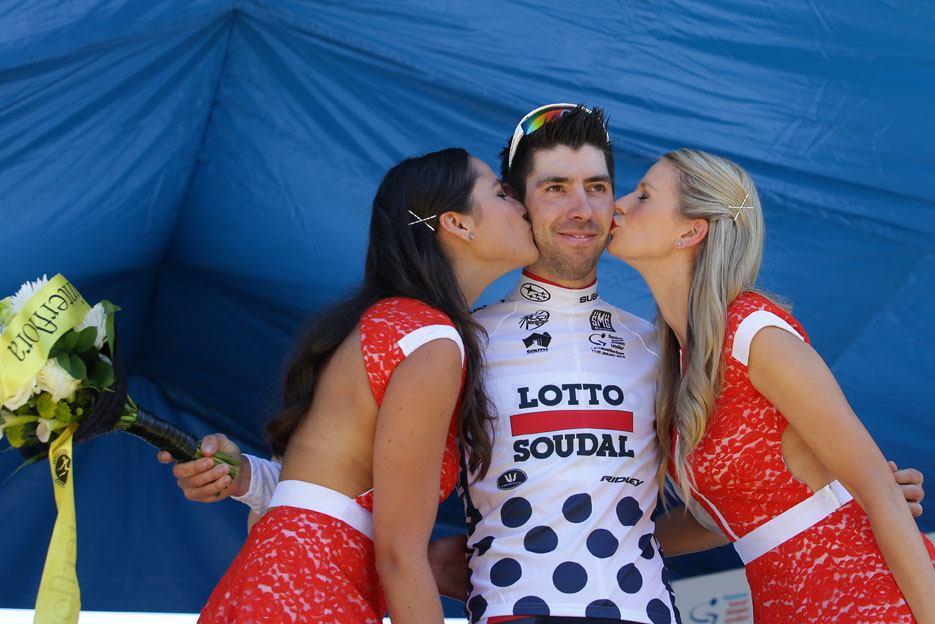 Young riders to replace podium hostesses at Tour Down Under

Next month’s Tour Down Under will see stage winners and jersey holders greeted by junior cyclists instead of the podium hostesses the race has employed until now following a decision by the South Australian Government.

State administrators have already withdrawn funding for ‘grid girls’ at the Clipsal 500 motor racing event in Adelaide in an initiative championed by sports minister Leon Bignell, reports The New Daily.

When thar decision was made, he said: “The Government’s paying for grid girls at the same time we’re putting money into mental health areas to help young women who have body image problems,” he said.

“What we actually want to do is inspire girls and young women who come to the motor racing to be car drivers or to be mechanics or to be engineers.”

But Ute Peterson, director of the Tanya Powell Model Agency, said the decision to end funding for podium hostesses at the Tour Down Under was a mistake, and that the models involved “really enjoyed doing it.”

She continued: “I think from a spectator perspective, it adds a little bit more glamour to an event and personally, I find it sad that it’s no longer involved.”

Referring also to the decision not to use grid girls at the motor race, she added: “It is political correctness gone mad? I don’t know, but I probably feel that it needs to be put to a vote by the spectators.”

Joe Szakacs of SA Unions pointed out: “There’s certainly no lack of opportunity for women to participate in modelling and fashion,” he said.

“What I think this does is make a very clear statement that there is a much more constructive, productive and influential role that women can and should play in delivering these events.”

While some see the presence of podium hostesses at races as one of cycling’s traditions, others believe the practice objectifies women and has no place in sport in the 21st Century.

The issue hit the headlines in 2013 when Peter Sagan pinched the bottom of podium hostess Maja Leye – not a model, but a full-time employee of the race organisers – after finishing second to Fabian Cancellara at the Tour of Flanders.

Last year, Gent-Wevelgem unveiled ‘Podium Misters’ for its women’s race – although that decision was criticised by some who said that simply trying to swap over the genders did not address the fundamental issue.