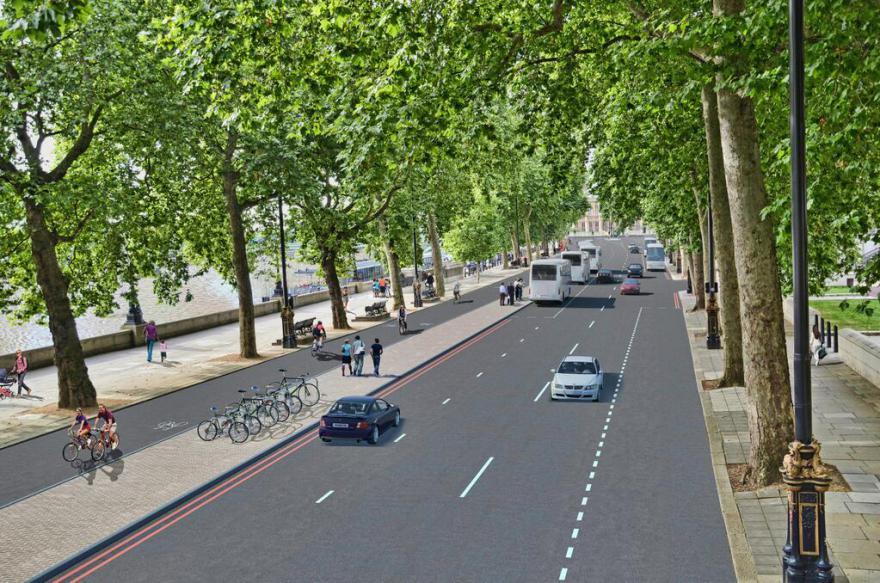 The Chancellor of the Exchequer has urged the Mayor of London to decommission the city’s East–West Cycle Superhighway, according to the leader of Ealing Council. Julian Bell is reported by BikeBiz to have said that Sadiq Khan refused Philip Hammond’s offer of cash to carry out the work.

The East-West Cycle Superhighway runs along the Embankment through Westminster, near the Houses of Parliament. Distaste for such infrastructure would be no great surprise coming from Hammond, a man who as Secretary for State for Transport declared in 2011 that he was “ending the war on the motorist”.

It was also while serving in that role that he oversaw the abolition of Cycling England, an independent body set up in 2005 by the Department for Transport, to "promote the growth of cycling in England by championing best practice and channelling funding to partners engaged in training, engineering and marketing projects."

In 2015, former All Party Parliamentary Cycling Group (APPCG) co-chair Dr Julian Huppert claimed that Hammond had wanted to remove cycling from the remit of the Department for Transport after the Coalition Government was formed in 2010.

Bell, a keen cyclist, is said to have made the claims at a "Cycling Cities" event in London on Monday. He has since retweeted a link to the BikeBiz story.

The event was promoting a Dutch history book about cycling provision in a number of European cities. Co-author Ruth Oldenziel, a Dutch historian of technology, had been invited to speak by London Travel Watch.