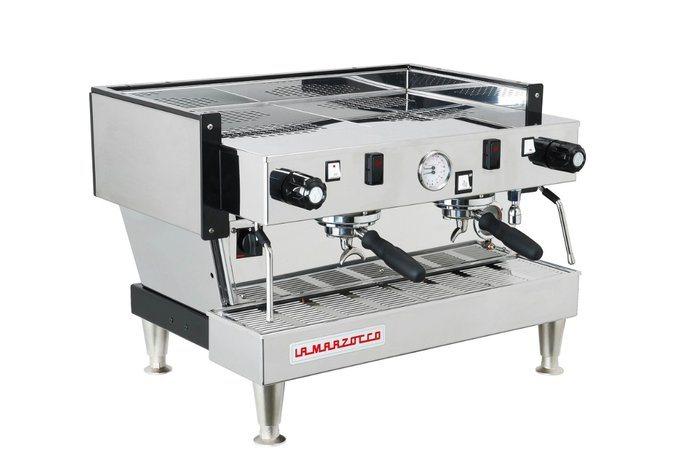 A software company is offering to donate a £7,000 espresso coffee machine to Herne Hill Velodrome, in return for 1,500 new followers on Twitter.

Azeus Convene provide software for paperless meetings for Android, Apple and the web, and one of its employees, who happens to volunteer at Herne Hill Velodrome, mooted the idea.

Fans and supporters of Herne Hill Velodrome, and coffee, are being asked to help increase the company’s followers for the La Marzocco coffee machine, which will help raise further funds for the grassroots facility and provide hot drinks for visitors. Convene is currently more than halfway to its Twitter target, with approaching 800 followers.

If we get @AzeusConvene 1.5k new followers Herne Hill Velodrome gets a £7k coffee machine. Follow them, spread this, #GetTopCoffeetotheTrack pic.twitter.com/pKu2LCL8JA

Phil Wright, a Herne Hill Velodrome Trustee and Friends of Herne Hill Trustee, told road.cc: "The coffee machine will be provided by Brixton-based Volcano coffee, who are giving us a good price on the machine, and will supply the velodrome with the coffee beans and also train up 20 volunteers as baristas.

"The profit on coffee is amazing and if we can get volunteers to sell it that will be a great revenue stream. There's hundreds of people there every weekend; there's lots of kids training and their parents are sitting around and we have had people say they're happy to sell coffee.

"I like the idea of teenagers at the track getting trained up  as baristas so they can get a bit of extra money while they're training," he said.

One of the volunteers, who coaches kids on a Friday, works at Convene, and suggested the idea to the company. Convene started the day with 480 followers, which means it needs almost 2,000 followers to trigger the donation.

Meanwhile, the £1.8m Herne Hill Velodrome pavilion is nearing completion, and fundraising for the interior is due to begin in the next couple of weeks, via a crowd funding campaign. One of the oldest cycling tracks in Britain, Herne Hill is the last remaining finals venue from the 1948 London Olympics that is still in use.

Today, however, adverse weather got the better of the velodrome, when the access road became flooded following heavy, prolonged rainfall, and today's Wheels for Wellbeing session had to be cancelled.

Wright told road.cc the access road will be the last thing repaired as trucks are still coming in and out of the site. He believes Conamar Building Services, who are building the pavilion, will likely repair it.

1
Win! Hammerhead Karoo 2 cycling computer plus custom colour kit, HRM and bottle worth over £450!
2
Cyclist fined £75 for riding outside London tube station – but park your bike there and it could set you back £50,000
3
A lot of motorists really aren’t happy about impending changes to The Highway Code
4
Highway Code changes aimed at protecting cyclists to become law next month
5
Richard Dawkins claims “psycho” cyclist smashed up his Tesla – while he was in it
6
Twin brothers in court charged with murder of charity cyclist in Scotland
7
Owner of van with spiked wing mirror claims it is to deter vandals, not harm cyclists
8
Welsh rugby star Shane Williams seeks “knob head” who stole his one-off bike