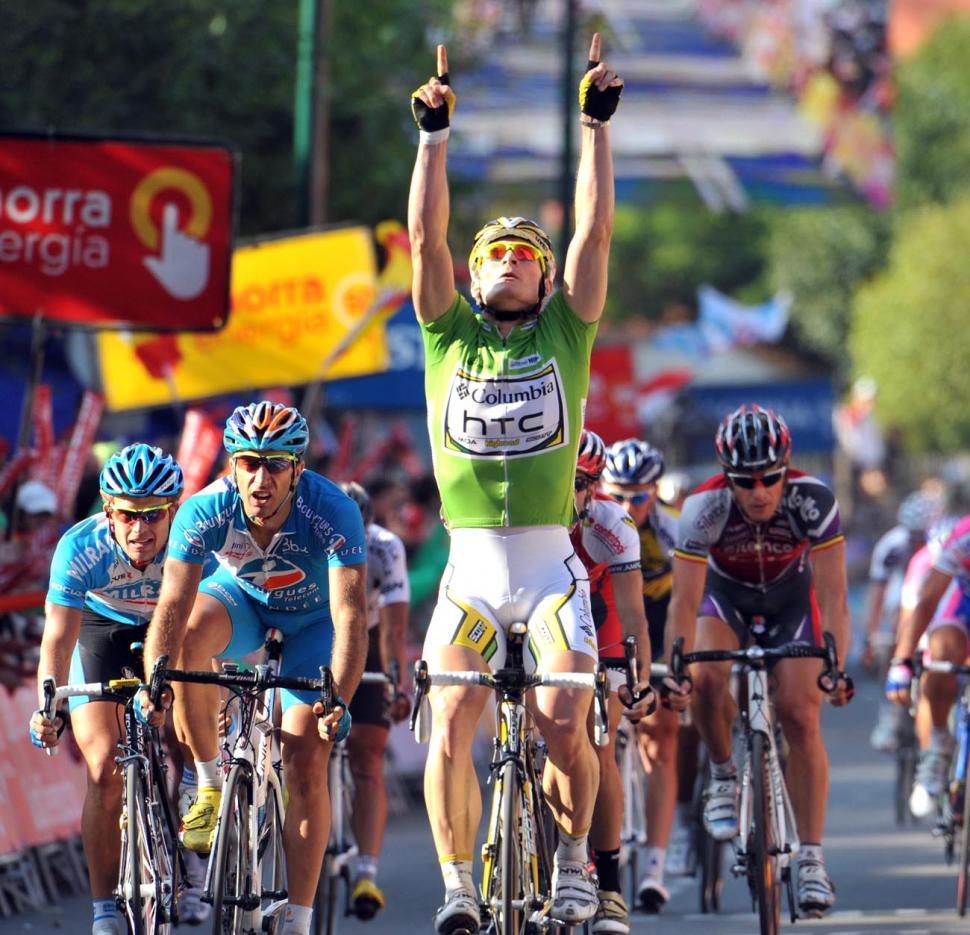 Greipel leaves HTC-Columbia to set up Cavendish showdown in 2011

German to join Omega-Pharma Lotto from next season
by Simon_MacMichael

André Greipel claimed earlier this year that he was faster than Mark Cavendish ahead of this year’s Tour de France, and in next year’s edition of the race he’ll have a chance to prove it following the announcement that he is moving to Omega Pharma-Lotto at the end of the season.

Earlier this year, Cavendish, who struggled to overcome illness in the early part of the year, responded to Greipel’s suggestion that both of them be selected for the HTC-Columbia squad for the Tour de France by saying, “there's no chance he's coming to a bike race that I'm in. Me on bad form is still better than him."

The deterioration in the relationship between the two riders had led to suggestion that Cavendish might move to Team Sky, although the Manxman has consistently pointed out that he believes HTC-Columbia is the perfect team for him, and Greipel’s departure should help put an end to that speculation.

Greipel, aged 28, won four stages of the Vuelta last year as well as the points classification, but misfired in this May’s Giro d’Italia, where he picked up just one stage win. He has 14 other stage wins to his name during 2010, as well as clinching the overall and points jerseys in the Tour Down Under, and the points classifications in the Tours of Turkey and Austria and the Volta ao Algarve.

Joining Greipel at Omega Pharma-Lotto will be the 33-year-old Belgian Jurgen Van de Walle, who arrives from Quick Step, while Bernhard Eisel and Bert Grabsch will continue to support Cavendish at HTC-Columbia having both signed two-year extensions to their existing contracts.