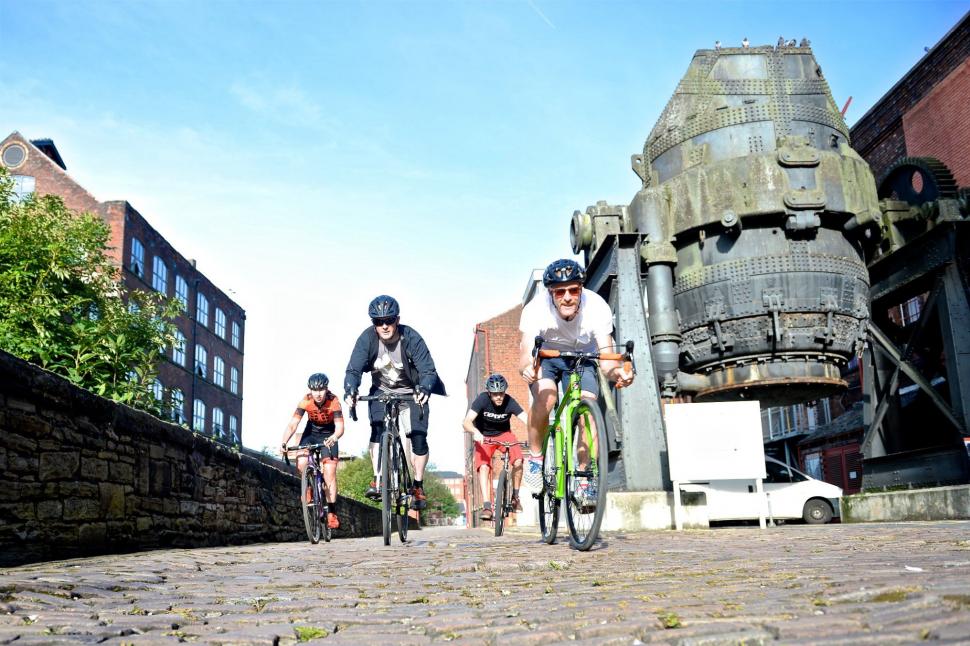 Whizz around some of 'The Outdoor City's' iconic industrial landmarks in a series of CX events starting in May...
by Elliot Johnston

For the mud averse amongst you, Sheffield is the place to be in 2017 as a series of Urban Cyclo Cross events that are set to explore the city's industrial landmarks is set to launch in May.

Cycling events company Sheffield Urban CX is preparing to launch its new series of races in Yorkshire city which "re-imagines spaces in the city and turns them into an arena for riders to test their skills."

These days Sheffield is known as 'The Outdoor City' partly due to its 650 green spaces and 80 parks, but its the industrial steel heritage that gave the city its old name 'The Steel City' and sets the tone for this Urban CX series.

The first event is set to take place at Kelham Island Museum on May 6, 2017. The museum, pictured above, stands on a man-made island that's over 900 years old and houses pictures, objects, and archive material representing Sheffield's industrial heritage - specifically the steel industry.

The Kelham Island CX race, or KICX race as the locals are calling it, will take place on the cobbled streets around the museum - and potentially through the museum itself publicity shots are to be believed - and will be run in 'sprint rounds' which will see 12 riders battling for a top-six finish to qualify for the final rounds.

Youngsters are also invited to take part as junior and balance bike races are set to be on the agenda too.

Local sponsor 18 Bikes are registered as the first official partner of the race series - other sponsorship enquirers are invited to get in touch with Adam Simmonite.

Entries for the event are set to open early in 2017. So keep your eyes peeled!

If you're interested in riding in a cyclocross race, or you cobble riding tickles your fancy, check out our Buyer's Guide for gravel and adventure bikes. That'll give you all the information you need to get started!