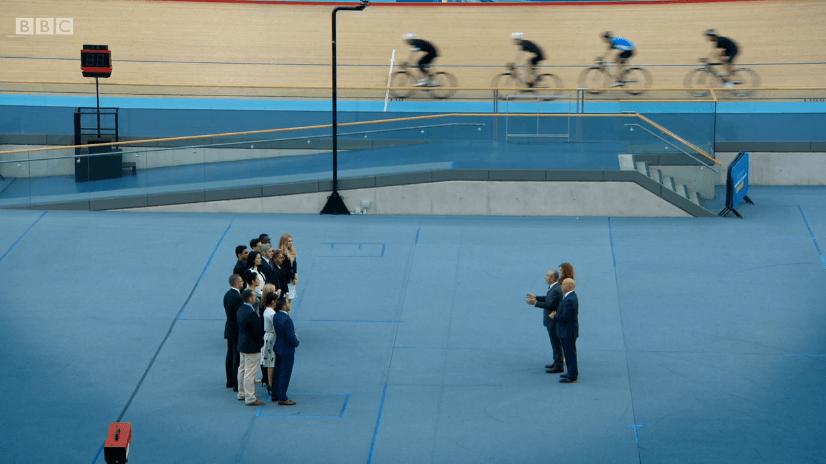 The Apprentice took on cycling last night - how did it go?

Two brands we’ve featured here on road.cc played starring roles in BBC1’s The Apprentice last night as the contestants were handed the task of bringing a product to market with the help of a crowdfunding campaign, a PR stunt and a video, and pitching it to retailers.

Simples, yes? Well, no. As usual a combination of clashing egos, failure to understand the market, well-meant but quite frankly ludicrous ideas and the odd boo-boo – including someone insisting a word was spelt incorrectly just as a website was about to go live (it wasn’t) – made for entertaining if sometimes cringeworthy television.

It all began, of course, with the usual early morning phone call to the Apprentice house, which this year is a £12 million mansion on the Swiss Cottage side of Hampstead. It’s in a quiet street lined with trees (and parked cars). One that presumably will in future be choked with traffic due to Cycle Superhighway 11.

The teams were summoned to the Lea Valley VeloPark in Stratford – once CS11 is built, a journey that can be ridden pretty much all the way on separated infrastructure.

Instead, they were whisked there in a fleet of black people carriers. Disappointingly, show supremo Lord Sugar arrived not on one of his Pinarello bikes, but in his chauffeur driven Bentley.

He set out the task, with the teams choosing one of three products pitched to them by the entrepreneurs behind them. One went for the Lumo Holloway gilet, the other for Aftershokz bone conduction headphones, and they set about discussing how they would execute the task.

Now, there’s a lot you don’t see in The Apprentice. For a start, a task lasting two days is boiled down to around 20 minutes of footage for each team. And then there’s the stuff that’s arranged in advance, and that the contestants don’t have a say in, such as scouting and securing locations.

For example, you’d think you’d try and stage a PR stunt for a product targeting cyclists somewhere you’d be likely to find a lot of them. At a bike café perhaps, or on a busy commuter route such as a Cycle Superhighway?

Well, no. Instead we got Waterloo Station and King’s Cross Station for the respective teams, perhaps a strange choice of venue. Given that to film on railway property you need advance permission, we can forgive the teams on that one (but not for the idea of using a group mime artists to stage a ‘crash’ between a motorist and a cyclist).

We won’t tell you who won – the episode is available to watch for viewers in the UK on BBC iPlayer for the next four weeks – but we will add that since the filming, it seems the Lumo gilet won’t be coming to market after all.

With funding on the company’s own Kickstarter campaign for its London Central range standing at just two thirds of the £30,000 target and just hours to go, Lumo pulled the plug, and subsequently relaunched a campaign just for its Clissold Bomber jacket.