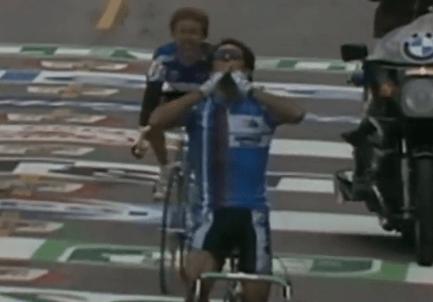 Moreno Argentin, 1986 road world champion, has been sentenced to a year in prison after being found guilty of fraud.

The 55-year-old, who comes from Italy’s Veneto region, has also been fined 310,000 euro after selling a couple an apartment that was already subject to a mortgage.

Argentin had been indicted in his capacity as director of the property company Sviluppo Residenziale srl, reports La Gazzetta dello Sport.

An estate agent, Mauro Ternici, was also sentenced to 12 months’ imprisonment by judge Claudia Ardita, presiding over the case in Venice.

The defrauded couple had invested their savings into the apartment in the town of Fossalta di Portogruaro in 2011, and were said to have been reassured by Argentin’s involvement in the deal.

But they subsequently learnt it was subject to a mortgage and, when Sviluppo Redidenziale srl went bankrupt, had to buy their own apartment at auction for 280,000 euro.

Ternici and Argentin argued that the couple were aware of the mortgage and there had therefore been no fraud, but the judge rejected their defence.

Besides his world championship victory in Colorado Springs, Argentin also won 13 stages of the Giro d’Italia, and one in the Tour de France.

But it is for his Classics successes that he is best remembers, including six triumphs in the sport’s Monuments. Those were Liège–Bastogne–Liège on four occasions – only Eddy Merckx, with five, has more – the Giro di Lombardia and the Tour of Flanders.