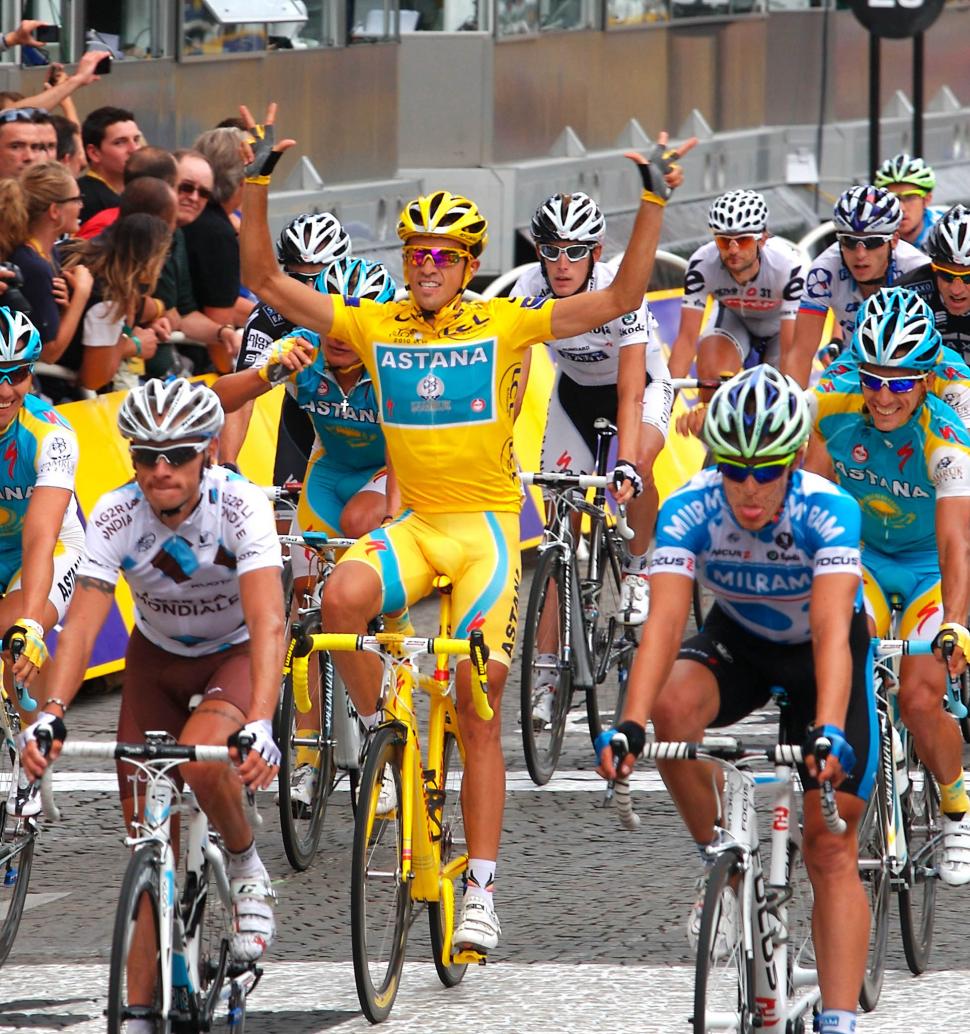 Equipment failures at heart of Contador's decision to leave Astana

It has been revealed that a succession of problems with equipment have been one of the chief contributory factors to Alberto Contador’s decision to leave Astana, announced yesterday.

The Spaniard, who on Sunday won his third Tour de France in four years – the last two with the Kazakh team – has also reportedly terminated his discussions with Astana, meaning that there will be no possibility of him racing with them next year, even if they meet his wage demands which are in excess of the €5 million a year is said to have been offered.

The Independent says that according to sources close to Contador, the cyclist’s radio broke just 7km into Saturday’s crucial 52km time trial from Bordeaux to Pauillac, which he began with just an eight-second lead over Andy Schleck at the top of the general classification.

The newspaper added that this was not the first time this year that such an issue had arisen during a time trial, and that Contador, who put in a time 39 seconds faster than the Saxo Bank rider to more or less clinch the overall victory, had effectively been cycling blind with no idea of how Schleck, who had set off three minutes earlier, was faring.

Another equipment failure involved the so-called ‘Chaingate’ incident last Monday, when Contador rode off up towards the top of the Port de Balès as Schleck, then in the race leader’s yellow jersey, attempted to reseat his chain after himself attacking. The 39 seconds that Contador gained that day were enough to put him into the overall lead.

Contador, who later apologised to Schleck over the incident, came under fire from elements of the media and cycling fans for breaking the unwritten rule that the maillot jaune should not be attacked following a mechanical problem, and initially claimed that he had been unaware of the Luxembourg rider’s difficulties. Many found that assertion difficult to believe, given the presence of TV monitors in team cars and the use of radios.

However, it has now transpired that Astana had problems with their in-car TV throughout the Tour de France, which meant that after Schleck’s chain slipped the team management were unable to relay to Contador exactly what was happening behind him on the road.

The Independent adds that it is now unclear whether Contador will race again in Astana’s colours. The cyclist has ruled himself out of the Vuelta which starts in late August, and his schedule currently comprises a pair of exhibition races.

Bjarne Riis, who has signed the IT services firm Sungard as headline sponsor, replacing Saxo Bank, for next year, is favourite to obtain Contador's signature, with Andy Schleck and his brother Frank expected to depart to a new, Luxembourg-based team.