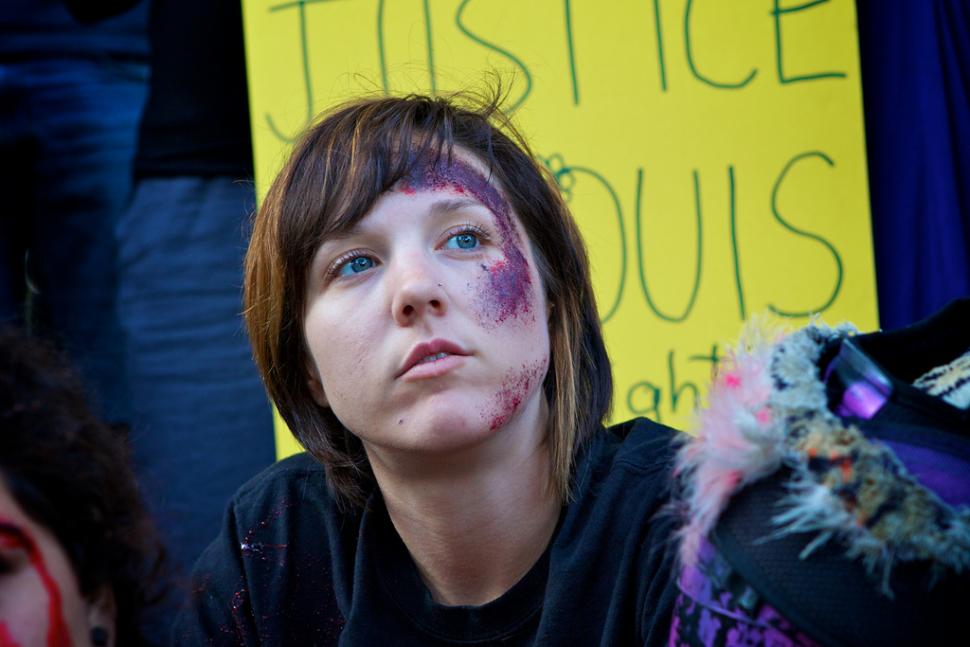 Cyclists in Los Angeles are protesting about the light sentencing of a teenage girl who hit a cyclist in her car when drunk and then drove off.

According to the WeHoNews site, Celine Mahdavi, who is now 19, hit pro cyclist Louis ‘Birdman’ Deliz at 12.15 am on 1 December 2009 and then drove away, only to be stopped and arrested shortly afterwards.

Deliz spent 11 days in intensive care, nine days in a coma and 49 days in the hospital recovering from massive injuries to his face, hands and hips.

Last week Mahdavi pleaded ‘no contest’ to hit and run charges. The judge sentenced her to 90 days of community service and three years of probation – which means she will spend less time doing her community service (720 hours) than Deliz spent in hospital (1176 hours).

The court made no ruling to prevent Mahdavi from driving – although it’s understood that the DMV (US equivalent of the DVLA) has suspended her licence until she responds to enquiries from them about the incident.

Alex Thompson, president of Bikeside LA, a local cyclists’ organisation, said, “This sentence is symbolic of the lack of respect cyclists get throughout the justice system.”

On the Bikeside LA site, he wrote, “Know this cyclists – no one will defend you. If you are hit it is unlikely the police will care. If they do care, it is unlikely it will go to court. If it does go to court, it is unlikely the judge will care. You are on your own. If you don’t have a big family like Louis does – one that will step in and step up to take care of you – then you can’t get hit. You can’t get hit because you won’t get treated fairly. I know getting hit isn’t under your control, just understand that no one that matters cares about you, and the ‘justice’ system will not take care of you.

“There is basically no reason not to hit cyclists and pedestrians – it’s open season.”

On Friday this week a second protest about the case will take place outside the Beverly Hills Courthouse – and hundreds of Critical Mass demonstrators are expected to join.

Bikeside LA will launch a new campaign, called Life Before License, at the demonstration, calling for changes to California law covering the way hit and run cases are handled.