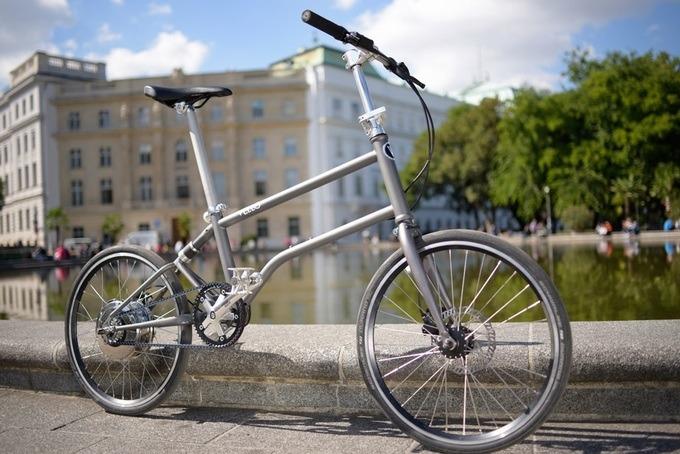 Assistance varies according to battery charge, input from pedals and gradient
by Alex Bowden

Vello has been selling three existing models of its folding bike (Urbano, Rocky and Speedster – all non-electric) for the past year through selected retailers and its online shop. The Austrian firm is now looking to produce what it claims is “the lightest and most compact electric folding bicycle in the world.”

Touted as the world's first self-charging electric folding bike, Vello Bike+ features a battery within the rear wheel hub that can be fully recharged while riding, meaning that in theory the rider need never run out of power.

It is said to charge automatically and continuously with motor assistance and cut-off speeds varying according to battery charge, the input from the pedals and the road’s gradient.

This is, presumably, rhetoric. We assume they mean something like ‘with minimal effort’. In the most efficient mode, the 250W motor only gives you the boost when you are riding uphill (and not on the flat). The battery recharges when you ride downhill and brake.

Weighing in at under 12kg, it’s also pretty light for an e-bike and can be folded down to suitcase size.