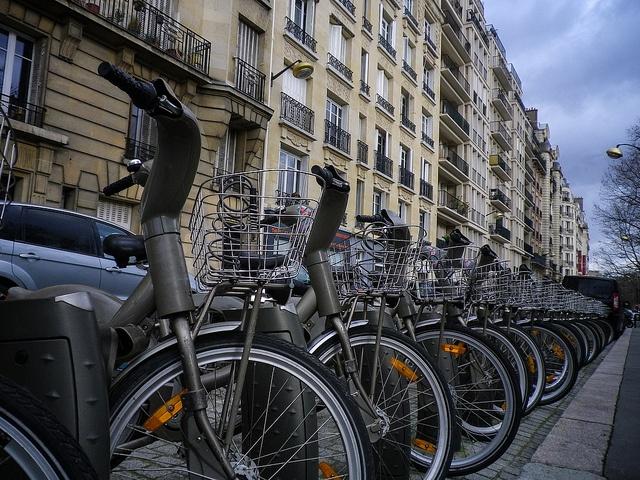 Thieves in Paris who stole an estimated $10 million in jewellery from reality TV star Kim Kardashian made their escape on the city’s Vélib’ hire bikes.

The 35-year-old, who is married to musician Kanye West, had her hands and feet bound with zip ties during Sunday evening’s raid at the couple’s apartment in the French capital’s 8th Arrondissement, reports Mail Online.

It was carried out by five men posing as police officers, who threatened the concierge at the Hotel de Pourtalès with a gun and forced him to let him into Kardashian’s apartment.

There, they surprised her in bed and after tying her up put her in the bath while they carried out the theft.

Among the items taken was a 20-carat Lorraine Schwartz diamond engagement ring worth $4.5 million that West had recently given to Kardashian, who had posted pictures of it to Instagram.

She has come under criticism for flaunting her wealth and signalling her location on social media, which her former head of security, ex New York Police Department officer Steve Stanulis, who said he was unsurprised she was targeted.

He told Good Morning Britain: “I saw this happening. It just had to with the way Kim flaunts her riches and her diamonds.

"The stones on her fingers are worth maybe $10m and they try and save on their security.

"For $300 a day they could have a fully trained former police officer with them. That is peanuts to people with their kind of wealth."

With security in Paris stepped up over the past two years due to terrorist attacks there and elsewhere in France, the choice of a Vélib’ as a getaway vehicle has a certain logic.

While the progress of cars can be tracked using CCTV, it is easier to disappear into the urban fabric on two wheels - and for the thieves to split up.

Also, given the level of preparation the gang seem to have used, it’s likely they will have planned their route, and the drop-off locations for the bikes, carefully.

If they did indeed plan their getaway using Vélib’ bikes, there is the question of what they did with them while the robbery was taking place.

It’s difficult to imagine that they’d have headed out of the building afterwards to the nearest docking station in the hope that there were bikes available there - although today it has emerged that CCTV footage shows the suspects entering a nearby office building after the raid.

While some might take a certain schadenfreude from Kardashian’s experience - indeed there is a theory it may be a PR stunt - it’s not just the rich and famous who are targeted by thieves through social media.

We’ve reported here on road.cc a number of instances in which cyclists have been targeted by thieves through Strava where no privacy zone has been set around their home, and people sharing a picture of, say, a new bike on social media can also provide easy prey if the location where they  live is easily identifiable.