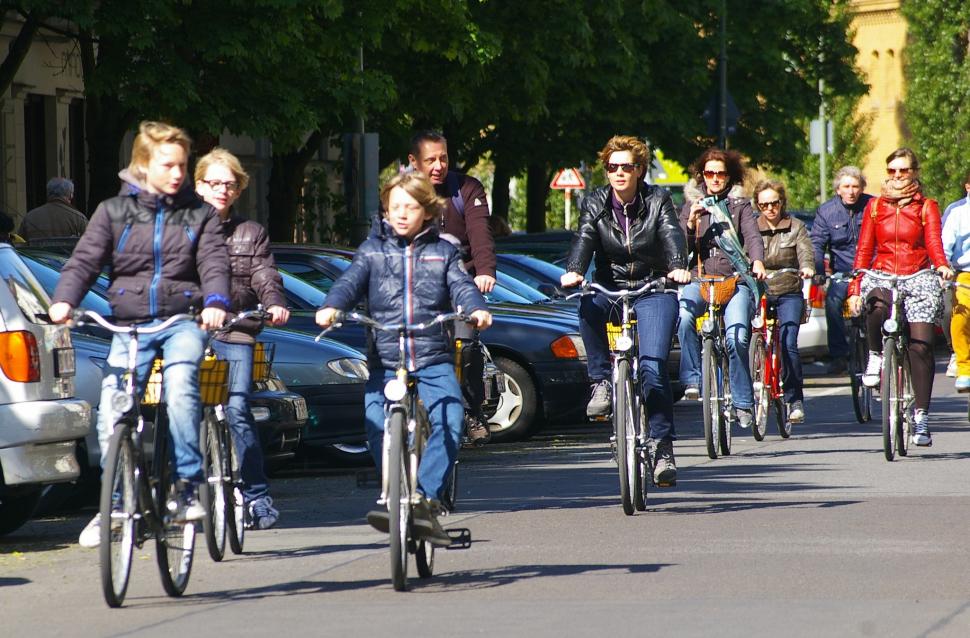 “We thought about a bar tour, but everyone does those”
by Simon_MacMichael

Adult movie actresses Paulita Pappel and Poppy Cox led Times journalist Will Hide – we’re guessing at least one of those names is a pseudonym – on an xxx-rated, two wheeled tour of the city, and it seems they stopped whenever they saw a red light.

Hide says the tour, which began in the trendy (has it ever not been?) district of Kreuzberg took in a sex shop, a gallery, a gay cruising spot and finished up at a bar, all the while exploring the city’s sexual heritage.

“Berlin is a very open city and has been a centre of sexual liberation for years,” said Pappel. “It’s a huge sexual playground and we want to explore that with our guests.”

For a less sex-themed view of cycling in and around Berlin, take a look at Laura Laker’s report on her recent trip to the German capital.