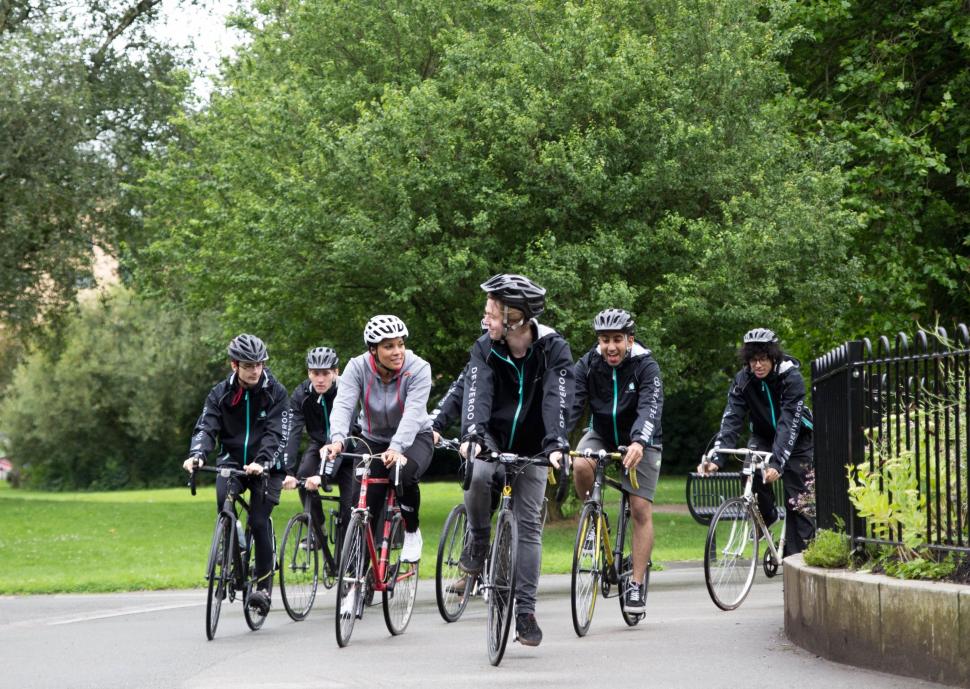 If you’re watching the Rio Olympics and have found yourself pondering the whereabouts of BMXer and track sprinter, Shanaze Reade, road.cc can exclusively reveal the answer. According to local media, Reade is simultaneously in Chester, Milton Keynes, Harrogate and York, where she has apparently been giving Deliveroo riders a few tips.

Deliveroo has recently been a target for protests by some of its riders over proposed contractual changes. Nevertheless, Reade has been brought in by the on-demand restaurant food delivery service to help riders improve their bike skills. The multiple world champion will provide expert guidance on training, diet and how to handle different types of terrain.

The news was something of a surprise to Rob Ainsley, a Deliveroo rider in York, who wrote on Facebook:

“Very interested to see this item about York Deliveroo cyclists in today's York Press. BMX world champ Shanaze Reade apparently came to teach us all how to stay fit.

We had at first accepted Reade’s omnipresence unquestioningly, but Ainsley’s comments made us reconsider, so we got in touch with Deliveroo. They told us that Reade had in fact only completed one training session so far, with the Manchester team. That had apparently been a great success though and in the coming months, she is set to train further riders across the country.

Deliveroo riders can cycle more than 150km a week. Dan Warne, Managing Director of UK & IE at Deliveroo said: “Keeping fit whilst earning money is one of the key benefits of being a Deliveroo rider. Our riders cover big distances each week in cities across the UK, so we wanted to bring someone in to give them some guidance on endurance cycling and who better than an Olympian cyclist?”

Reade said: “I have had a lot of races in my career, from endurance races to sprints and so I know how the Deliveroo riders need to think, eat and cycle to achieve their goals. When Deliveroo asked me for my assistance, I was more than happy to put my knowledge to good use and help the riders get the most out of themselves.”

To celebrate this year’s summer of sport, the £2.50 Deliveroo charge will be removed from the orders of participating restaurants during August.