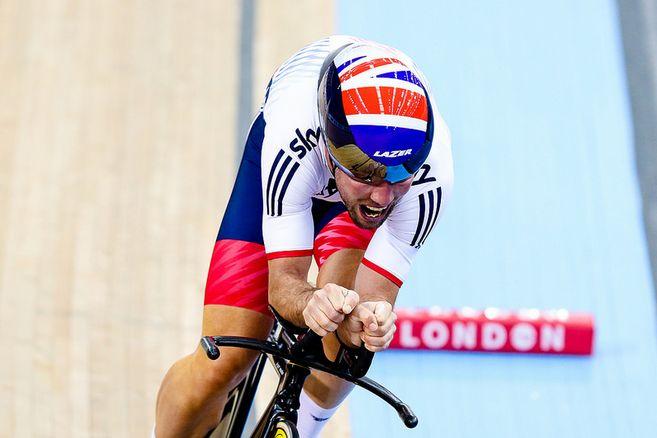 Cavendish: Armitstead “could have prevented chaos” over missed tests

"Was it her fault? Yes, absolutely."...
by Simon_MacMichael

Mark Cavendish has said that Lizzie Armitstead “could have prevented the chaos” that engulfed her in the build-up to the Olympic road race after it emerged she had escaped a ban over three ‘Whereabouts’ failures.

However, she was only able to compete at Rio after the Court of Arbitration for Sport ruled she was not at fault for missing an out-of-competition test in August last year, the first of three failures under the Whereabouts system that had led to UK Anti-Doping provisionally suspending her earlier in July.

Cavendish himself missed an out-of-competition test in 2011 due to a last-minute change of travel plans that was not logged on the World Anti-Doping Agency’s ADAMS system.

Speaking to Sky Sports News HQ, he said he believes that Armitstead is riding clean, but said she needed to take responsibility for her Whereabouts failures.

He said: "Did she dope? No, and I don't believe she did, you know. Was it an administrative error? Yes. Was it her fault? Yes, absolutely.

“I know from personal experience how difficult the whereabouts system can be.

"But I have an alarm on my phone every night at 6pm and my wife has one on her phone and she makes a habit of when we talk every night she will ask me 'Have you done your Whereabouts?'

"But I don't think it is fair that you can get a bigger sanction for an administrative failure than for an actual doping offence. It's ridiculous."

Referring to his own experience, he said: "I had a missed test with the Giro d'Italia and I think the majority of sports people have a missed test because you are a bit blasé until you get your first missed test.

"I think Lizzie herself could have prevented the chaos that she's in but I think she's done well to deal with it, get on her bike and show why she's world champion," he added.

Cavendish is in Rio to ride the Omnium as he seeks the Olympic medal that has so far eluded him, and may also figure in the team pursuit when the track racing programme gets under way on Thursday.

"I'm proud to be British and I'm proud to represent the flag I was born under," he said. "I've won Europeans, Worlds, Commonwealths, everything you can do with a British jersey – apart from the Olympics.

"I'm not going in to try and get a bronze medal. I'm going to try and get a gold medal. If it happens it happens, if it doesn't, it doesn't – but gold is definitely the aim," added Cavendish, who missed out on the podium in Beijing, where he rode the Omnium with Sir Bradley Wiggins, and in London, when he started as favourite for the road race.

1
Near Miss of the Day 454: Driver tries to overtake on blind corner, thinks better of it
2
Wilier goes all internal with new Cento10SL - that's for rim brakes too
3
First ride review: Wilier Triestina Cento10SL
4
Near Miss of the Day 453: Punishment pass on two-abreast cyclists
5
Five cool things coming soon from Mavic, Suunto, Kask, Topeak and Maxxis
6
Drunk cyclist with defective brake jailed for injuring pedestrian in Norwich
7
Canyon unveils 6.2kg Ultimate CFR road bike
8
After child skids into wall on her scooter, are Bath Two Tunnels cyclists and other users of greenway being deliberately targeted with oil?