Whyte have just held the official press launch of their new line-up of urban and all-round bikes for 2011, and road.cc were among the first to climb aboard and give them a spin.

The British brand – which has been producing mountain bikes since 1994 – is introducing two new ranges: the R7 series of fast urban bikes, and the C7 all-terrain series. Nearly all the bikes are priced below £1,000 and so are available tax-free through the government’s Cycle to Work scheme.

There are four models in the R7 range, all built around essentially the same 6061 hydroformed T6 aluminium frame – although the top-level Montpellier model, unlike the others, comes with an oversized BB30 bottom bracket for additional stiffness and a slight weight saving. They’re all custom drawn and multi butted.

The frame geometry is closer to that of a mountain bike than a standard road bike, with fairly slack head and seat angles for a comfortable position and stable ride. The top tube slopes downwards considerably towards the seat tube for a low standover height while snaking seatstays – stolen straight from Whyte’s 19 Ti hardtail mountain bike – provide a slight leaf-spring effect out back to smooth over rough surfaces. All the R7s come with mounts for easily fitting racks and mudguards, and there’s plenty of clearance for getting those guards in without a struggle. 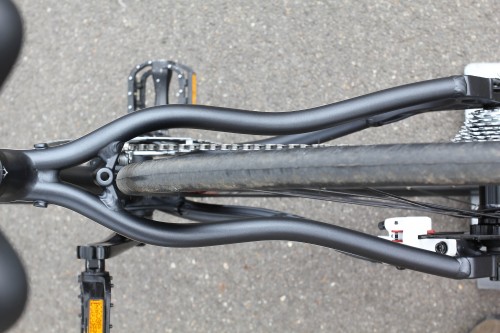 The R7s come fitted with hydraulic disc brakes – that’s one of the key features that Whyte wanted to include on them all – the post-mounted rear brake calliper sitting inside the rear triangle so that there’s no interference when you have a rack and panniers on boards. 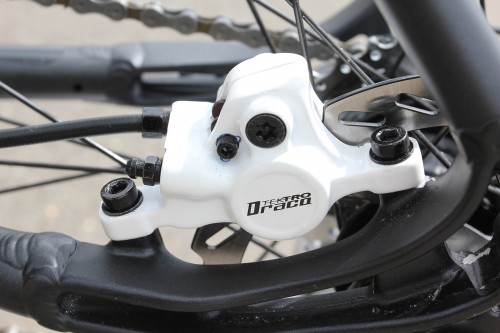 Where things vary is in the spec. All four bikes come with rigid forks but whereas the entry-level Portobello (priced around £699, although all the prices quoted here have yet to be confirmed) gets a 6061 alloy T6 unit, the Stirling (£999) and Cambridge (£850-£899) come with carbon blades and alloy steerers, while the super high-end Montpellier (£2,999) has a full-carbon monocoque. 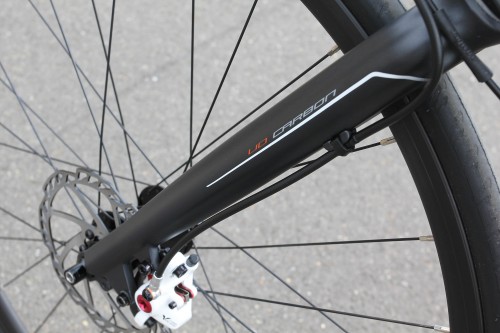 The R7s all come with compact road chainsets (50/34T chainrings) matched up to wide-ranging rear cassettes. The Portobello’s drivetrain is 9-speed Shimano Sora/R440, but all the others use 10-speed SRAM. The Cambridge is eqipped with new entry-level Apex components, the Stirling has a mix of Apex and Rival, while the Montpellier has SRAM Force with few choice Red parts. Yes, Red. You know, the stuff Team RadioShack, Saxo Bank and so on are using in the Tour de France. 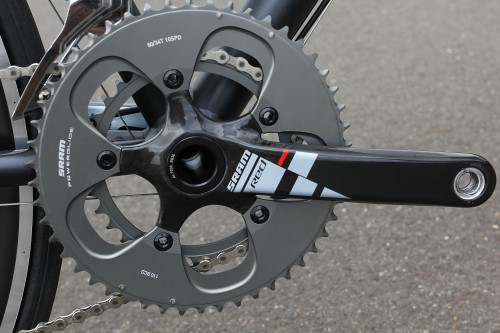 The Montpellier is actually about as posh an urban road bike as you’re ever likely to see, and it’s the original R7. It began as a project bike based around a Whyte 19 MTB frame, developed by one of the employees of ATB Sales, the distributor behind the Whyte brand. It went through several incarnations before being tweaked for public consumption.

The Montpellier’s wheels, for example, are built around Hope Pro III hubs, which are ridiculously high quality, the shifters are SRAM XX and the saddle and grips are both from Fizik. It’s fair to say that, priced at nearly three grand, Whyte aren’t going for high volume here, but if you want to zip about town in style, take a good look. 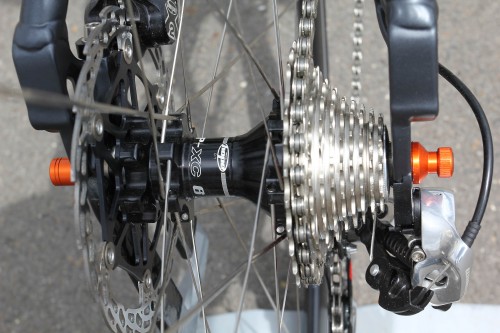 When you take the Montpellier for a ride, the first thing you notice is the weight. It would be pretty much impossible to miss the fact that this is one light bike. We’re talking about 16lb (7.3kg) here, which is incredible for a town machine, and this translates into a lively performance. If you want something that’ll get you away from the traffic lights quicker than anyone else, this is the bike for you. You flick up through the gears super-fast and you’re halfway up the average urban climb before you realize you’ve started it. 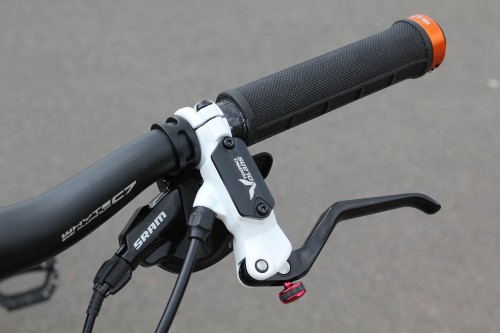 The other bikes in the range aren’t quite as light, obviously, but they’re still nippy and the frame, having started out life as an MTB, is built to last. We really don’t think durability is going to be a concern here and there’s no notable fframe flex to put you off your stroke. With short stems fitted, the ride position is fairly upright, offering a great view of the traffic ahead and you get a ton of stability whether you’re churning down a big hill or carving between lines of cars.

The Hayes hydraulic disc brakes – Hope X-2s on the Montpellier – will carry on performing even if the rain hoofs down and lock-on security skewers will deter people from trying to nick the deep-rimmed wheels. You get puncture resistant tyres on the three cheaper bikes in the R7 range too – 25 or 28mm wide, depending on the model. The 23c Vittoria Open Corsa EVO CXs on the Montpellier might be fast but for practical urban use you might want to swap to something wider.

After our time on the R7s, our only real criticism is that some people will want more heel clearance. Things are pretty tight with the chainstays thanks to those road cranks. With our usual shoes and clipless pedal combo, we were missing, but not by far. If your heels tend to point inwards when you pedal, have a good check before you spend your cash.

The R7 range will be available from early September.

1
Near Miss of the Day 378: What is it about overtakes on straight roads into oncoming traffic?
2
Police warn cyclists not to use Taff Trail after dark following spate of robberies
3
Former Swiss pro leaves the team he founded after admitting involvement in Aderlass doping ring
4
5 cool things coming soon from Fizik, Decathlon, Ashmei, Chrome Industries and Techalogic
5
Dangerous driver who killed cyclist fails to have 10-year driving ban overturned
6
3 winners chosen! 3 sets of Altura autumn/spring cycling kit have been won.
7
Drunk driver who crashed into traffic island blamed cyclist
8
Win! Fulcrum Wind 40 DB wheels worth £1,100 up for grabs!