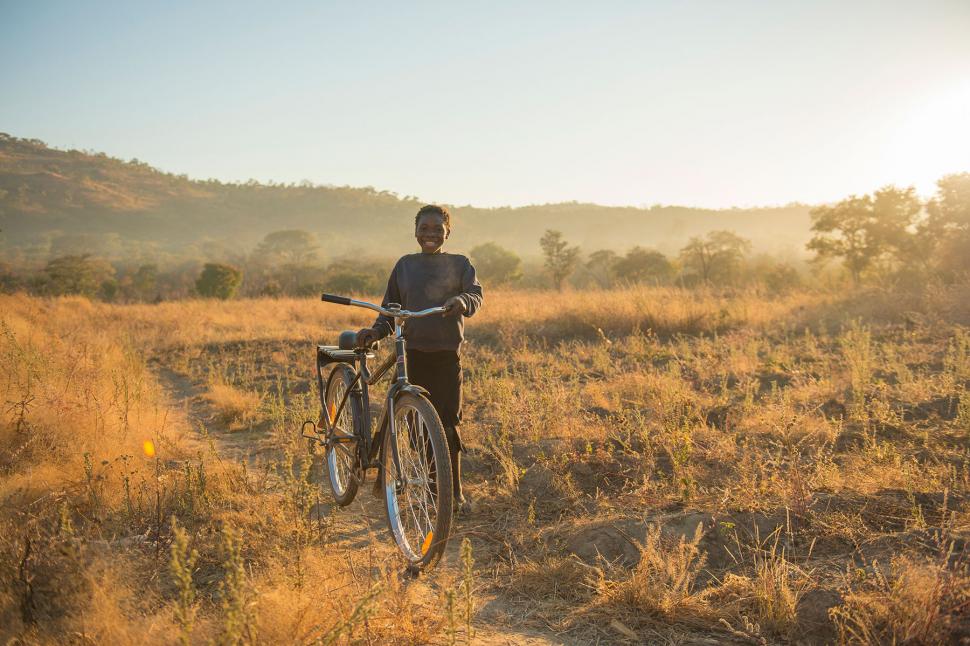 Mark Cavendish and fellow Team Dimension Data riders were introduced to the children they have helped provide bicycles for this week, while one girl’s Tour de France hopes for Cav have now come true - twice.

Each rider received a box from Qhubeka yesterday, as a symbol of gratitude for their fundraising and promotion of the charity’s work sending bikes to Africa through its #BicyclesChangeLives campaign.

Team Dimension Data for Qhubeka is Africa’s first UCI World Tour team, with the goal of producing the first African world champion and raising awareness and support for its programme sending bicycles to communities in developing countries. Each box contained the story of a child who received a bicycle, and a bracelet bearing that child’s name.

Cav, who has won two stages of this year’s Tour - on Saturday and today - received a letter from 13-year-old Koketso, whose daily journey to school was made significantly easier with a bicycle.

"Hello Mark, my name is Koketso. I am 13 years old and I got my bicycle in the first term. I used to walk one hour to school every day. I used to have to get up at 5h30 and now I get to sleep in for an extra 30 minutes. It now takes me 45 minutes to get to school. I stop along the route to join friends so that we cycle together for safety.

"I love everything about my new bicycle! I love cycling. I want to take it up as a sport. We are starting a cycling club at the school. With my bicycle, I can visit a lot of places I have never seen before, like Mandela Bridge and Mandela House. My late coming to school has now stopped and I am on time every time. There is a need for many more bicycles because a lot of children are walking and students are coming late .My friends and family are so excited that I got a bicycle, but they want me to be careful on the roads.

"I heard you are called a missile! I hope you ride really fast and win. Thank you for riding for me and the other children."

On Saturday’s and today’s win Cav name-checked the charity.

On Saturday Cavendish said: “It was a big goal for Dimension Data to win a stage at the Tour de France. To add the yellow jersey is a reward for our sponsors and for the Qhubeka charity. I did it for my team, for the ‘kids on bicycle' campaign.”

Qhubeka uses funds raised through its #BicyclesChangeLives campaign to fund bicycles for people in a “work-to-earn” programme, in which participants can earn bicycles in return for activities like bartering recyclable waste, cultivating indigenous trees, or improving academic performance.

A bicycle mechanic is also trained for each community where 500 or more bicycles are delivered, creating new economic opportunities.