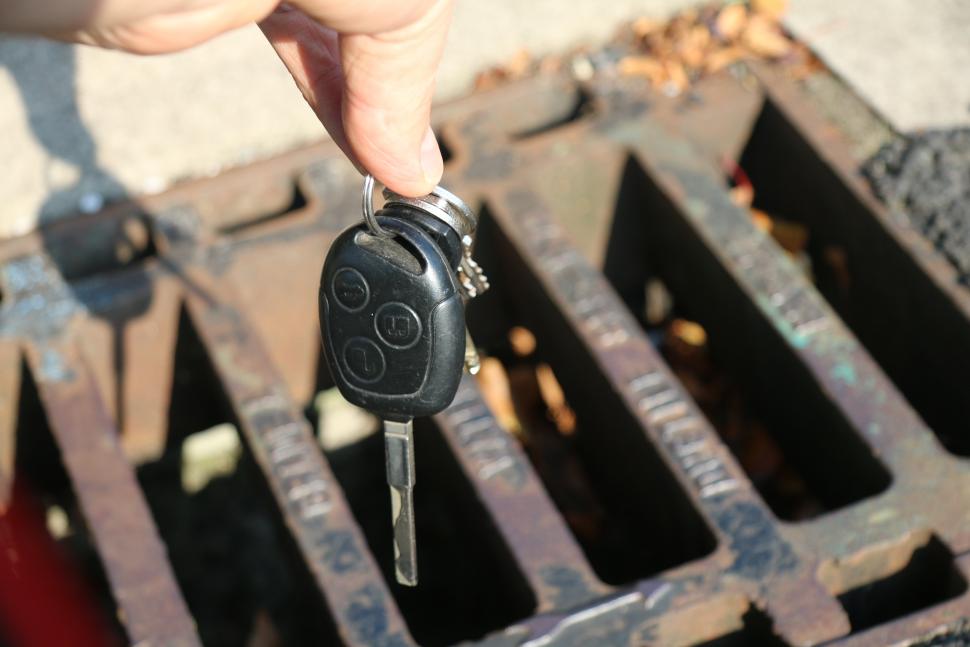 Nick Ahad, the BBC radio presenter whose car keys were taken by a cyclist in a road rage incident on Sunday, has contacted road.cc to give his side of the story.

The argument took place after Ahad overtook a cyclist who he claims was “causing a tailback” near Bolton Abbey at around 10.25am. He reprimanded the cyclist as he passed and this then escalated into an argument which culminated in the cyclist taking his car and house keys from the ignition. Ahad has since appealed for their return.

It seems the incident may also have resulted in another driver angrily and dangerously attempting to chase down a different cyclist in a case of mistaken identity. Over on our forum, the little onion writes of being pursued and sworn at by a man in a ‘smallish red car’.

Ahad says he is not someone who has any issues with cyclists and maintains that the initial incident came about purely because the man in question was riding dangerously.

Below is his side of the story. The cyclist involved has since given his.

“The one who had his car keys nicked by a cyclist. While I was sitting in the car. And the engine was running.

“Or, to put it one of many ways the website commentators have described me, “the dangerous driver / fool who clearly was in the wrong and tried to run a cyclist off the road and got what was coming to him”.

“In the words of the great Ron Burgundy, that escalated quickly.

“Sunday, June 26, I had been presenting the (and I appreciate all this appears entirely fabricated to make me the saintly hero of this little tale) the breakfast programme for a BBC station. I was on my way to church at Bolton Abbey. It’s a weekly trip I take down the winding and narrow roads between Ilkley and towards Bolton Abbey.

“There’s always a lot of cyclists around that time on a Sunday and a fair few horses, so you’ve got to be careful.

“This Sunday the traffic seemed heavier. I passed a couple of cyclists. Then a group of three. Then some more. Still couldn’t see what the hold-up was, but no matter. I had plenty of time before the service started.

“Then, four cars ahead, I saw the hold up.

“A cyclist weaving all over the road. Not avoiding potholes, not avoiding anything. Just weaving. And riding hard. And every time a car went to overtake he’d swerve again out to the middle of the road to prevent them getting round.

“Eventually the cars in front passed him. Then I got behind the cyclist.

“I know some people have suggested it was defensive riding (I’m a former motorcyclist, I know about this stuff). It wasn’t. It was plain dangerous.

“A long stretch ahead opened up and I could see enough to get right over the other side of the road and round the cyclist.

“As I got alongside him, I put down my window and said: “What are you playing at?”

“I know your question. Believe me, I asked it myself – a lot – in the three hours I sat in the car park at Bolton Abbey.

“Why did I say anything?

“I’d watched footage on Channel 4 the previous night of someone from Barnsley who had voted out of “Europe” to stop “muslims coming to England from Africa”. I’d had someone burning a fire in their back garden and shouting and bawling at 2am on Thursday morning when I got home from presenting a late show.

“Enough of the inconsiderate. Enough of people acting, as we say in Yorkshire, the maggot. That is to say people just behaving in a way that makes life a little less pleasant for the rest of us.

“Do I wish I’d said nothing? The £165 replacement key I just shelled out for says hell yes.

“But if we see people being entirely unreasonable, dangerous, selfish, don’t we all have a duty to say something? Won’t it make things that tiny, incrementally bit better?

“He started screaming and shouting at me when I asked what he was playing at. He was shouting that I was trying to knock him off his bike. He started swerving again. Which is why I pulled back, rather than trying to drive on ahead. I didn’t actually want to knock him off his bike. Let the fool carry on his way, I’ll get to church five minutes late.

“He stopped in the middle of the road and marched towards my car.

“’Yeah, right Ahad, you were calm and didn’t swear at him or shout.’

“Dude, I was on my way to church. I wouldn’t believe me, but it’s true. I was as zen as Mr Miyagi (I’m also about his height and build, in case you were wondering – I’m not a fighter).

“He started shouting at me, telling me he had every right to be on the road.

“Of course he does. I agreed. I just explained that we had all safely passed a dozen cyclists and he was the only one causing a massive problem.

“He told me he was an off-duty police officer (and I’m the Tooth Fairy).

“I asked him why he was riding dangerously.

“He swore some more. I told him he was being dangerous some more. He reached in and grabbed my keys.

“He reached in. And he grabbed. My car. Keys.

“Why didn’t you stop him?

“I don’t know. I was genuinely dumbfounded. Couldn’t quite believe what was happening. I just didn’t react to something so utterly unexpected fast enough.

“So he had my keys and then he knacked off.

“Some of the militant among the cycling fraternity, I’ve become aware, cheer at this point.

“A little bit out of order, no? To steal someone’s keys.

“I know you think I was driving dangerously, I wasn’t. Even if I was, I’d argue it didn’t justify that, but it doesn’t matter: I wasn’t.

“The selfish and entitled come in all shapes and sizes and travel on any number of wheels. Except unicyclists. We can all agree they’re universally a scourge.

“It all unravelled a bit after that.

“My sister had to come to my rescue – I’m not saintly, I’m feckless. I missed the first service given by the priest who’s marrying me in September. It’s just cost me a shedload to get a replacement key. Fortunately my dad has a spare house key, so I didn’t have to sleep in the shed.

“So that’s the full, true story. Like I say, I don’t expect you to believe it, given the reaction of some people on Twitter and other websites.

“I wrote a little rant about it on Facebook, mainly because I want the guy who took my keys to see it. I know you all want to hear the other side of the story, his side - me too. At least then you’ll all go ‘ah, right. He’s that kind of guy’.

“I’ve not been more in the right since I presented a live radio show when the Tour de Yorkshire came to town and I said it was going to boost the economy and bring folk together.

“I’m writing this because of the abuse I’ve been getting – I’m not the bad guy – but mainly because I now see that the militant drivers and cyclists really can’t see when they’re being militant.

“Lots of cyclist friends have agreed that bad apples spoil the pie. Or something.

“As a non-aggressive-towards-cyclists-driver I’m not going to let this change my attitude. I’d like to think I’ll continue to tackle offensive behaviour in future too. I’ll just probably do it with my windows up.”