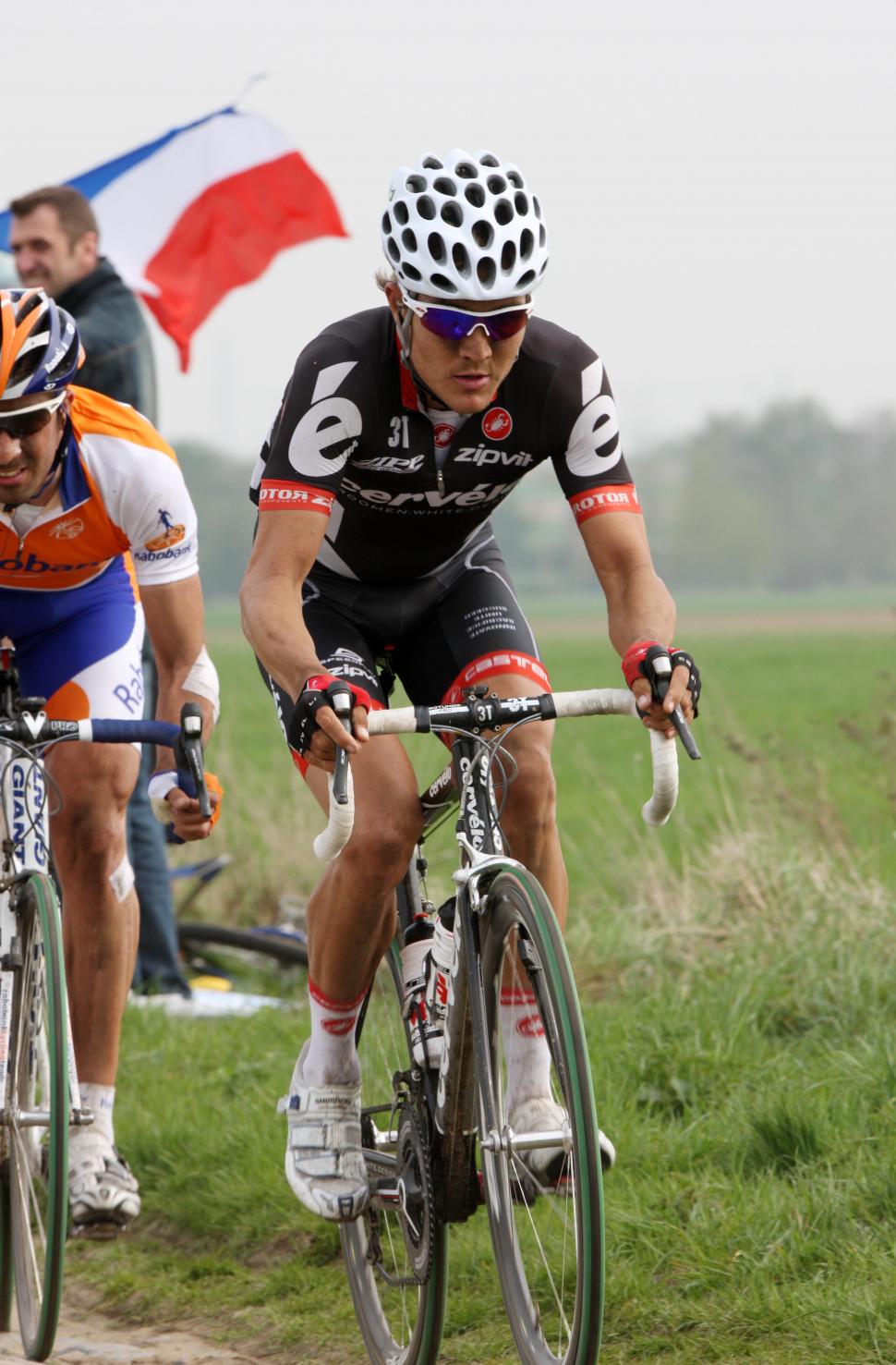 But it's good news for Brit Dan Lloyd as he fills one of the empty berths...
by dave atkinson

The repercussions of the Cavendish-Haussler crash in the Tour de Suisse continue to be felt among the top teams. A protest the next day made it clear that the peloton thought Cavendish was at fault, so there'll no doubt be some angry glares directed his way come the Grand Départ in Rotterdam from the Quick-Step and Cervélo Test Team riders now it's been confirmed the neither Heinrich Haussler nor Tom Boonen – also involved in the pile-up – will start the Tour.

“It is a pity that I cannot compete in the Tour de France this year", said Haussler. "I am well aware that for a Tour you must to be 100 percent healthy. Though my season so far has not been under a good star, I will not give up. I hold my head high looking ahead to my next goals. I am young and will get my chance again.".

“My focus is now on the recovery process and we will decide later when I can make my comeback. The health has first priority and I want to be 100% fit before I return on the start line.”

“I’m very disappointed,” said Boonen. “After three days of rest, yesterday I trained for five hours on the parcour of the national championship in Leuven. The knee pain has always accompanied me. During the last hour of training I had to stop more than once because of the pain", said Boonen. “My next goal now is to work 100 percent to recover well and try to make a good final of the season".

To be fair to Cavendish, both riders were already less than 100% fit before the fateful day in Switzerland. Boonen's tendonitis in his knee that will sideline him for the Tour stems from a Tour of California crash earlier in the year, And Haussler has also had earlier spills, in the Tour of Algarve and the Paris-Nice.

Cervélo were quick to announce that British rider Daniel Lloyd will be the man to take the place of Haussler, which is great news for Blighty but obviously a bit of a blow for Cervélo to lose one of their top stage win prospects. Quick Step will announce Boonen's replacement on Monday.

Obviously there's also repercussions if you're playing our Fantasy Tour de France game - both riders will be deleted from the roster, so if you've picked them you'll need to go in and refill your squad...