Hövding, the Sweden-based company that makes airbag cycle helmets, has developed an app for London cyclists that enables bike riders to log unsafe locations for cycling and automatically sends an email to mayor Sadiq Khan.

Pressing a button that connects to the handlebars or the rider’s clothing sends information via Bluetooth to an app called Flic on their phone, which then marks the location on a map as well as emailing City Hall. 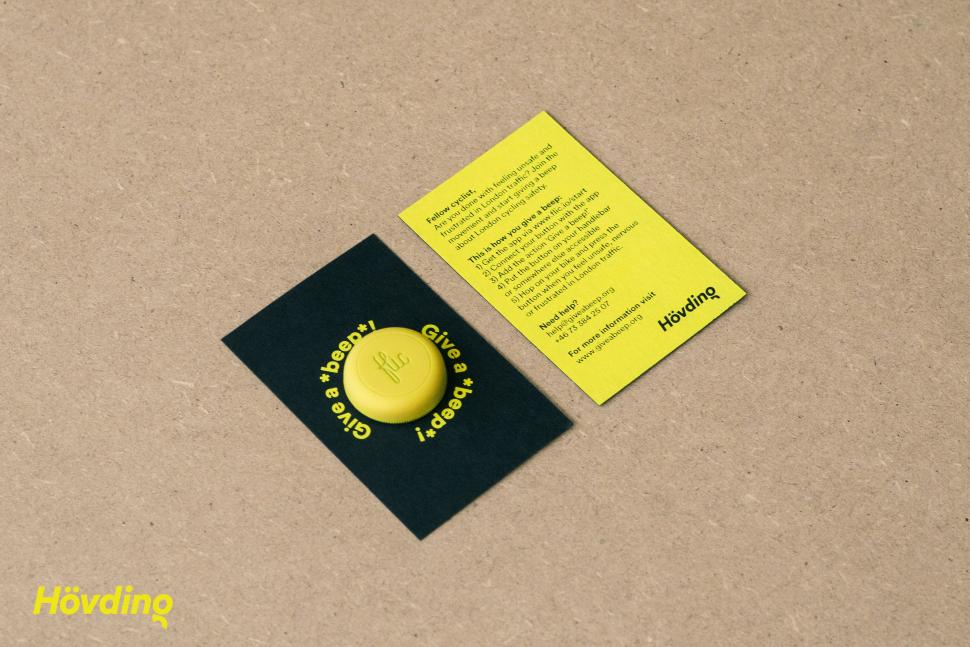 The campaign, called Give a Beep, is aimed not only at collating information about locations where cyclists feel particularly unsafe, but also at encouraging the mayor to keep to his pledge to “Make London a byword for cycling.”

Hövding’s marketing director, Anna Katarina Skogh , said: "London is a world metropolis and has every possibility to be a safe cycle-city. More people should be able to cycle and feel safe while doing so, but today’s infrastructure doesn’t allow it.

“Therefore, would we like to highlight the issue and push forward the campaign for safer cycling, letting cyclists themselves to report about the places that need improving.

“It’s important for us to contribute to a safe cycle-environment – with the perspective of the cyclists as a focus."

Initially, 500 buttons have been distributed to members of London Cycling Campaign (LCC).

Amy Summers, campaign co-ordinator at LCC, said: "By committing to the London Cycling Campaign’s Sign for Cycling pledges, the new Mayor, Sadiq Khan, has promised to make cycling in London safe and enjoyable for everyone.

“The 500 Londoners giving him a beep will hopefully remind him to get on with fulfilling those pledges, as a matter of urgency.”

A map on the Give a Beep website enables you to see where cyclists are pressing those buttons when they experience fear of frustration as they ride around the city.