A man from Devon is celebrating raising almost  £3000 for charity after hitting the world record for cycling east to west across Europe.

James McLaren achieved the stunning feat of riding from Russia to Portugal in just a month - a full seven days faster than the previous best effort.

The 4,000 mile ride from Ufa to Cabo Da Roca began on May 2nd, taking in eight countries and every type of weather imaginable. James camped most nights and wore the same cycle kit for his entire journey.

He wrote on his Facebook page: “I can’t say how hard it was getting it under 30 days, finishing on a 244 mile day on top of weeks of pushing into some harsh weather. 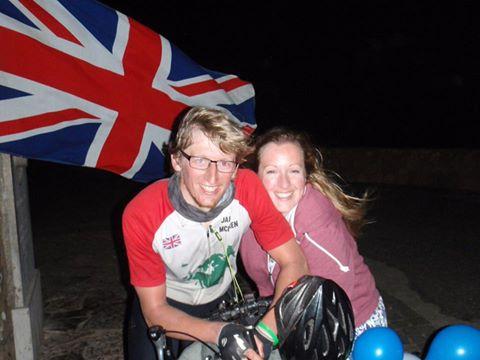 Previously, the fastest cycle across Europe (Ufa to Cabo da Roca) by an individual was 37 days 16 hr 15 min, and was achieved by Brit James Bowtell from 27 July to 1 September 2014.

James cycled through Russia, Belarus, Poland, Germany, France and Spain before arriving in Cabo da Roca, Portugal, at 20:15 on 1 September 2014.

James is a Loughborough University graduate, and cycled to raise money for Cyclists Fighting Cancer.

James, 29,told the North Devon Journal: "It was hard – really tough. But I'm so glad I made it.

"I had visa hold-ups in Russia and Belarus which slowed me, and all through Poland and the Czech Republic there was a strong headwind. Germany was difficult as a lot of the roads have sections which you can't cycle along.

"But Spain was the toughest – some of the mountains there are so high, and I was having to duck into bus shelters to dodge thunder and lightning storms.

"Last year I cycled 1,000 miles over the Andes in South America, so after this [my parents] told me they are confiscating my bike.

"I'll have to see if I do anything else in the future."

Donations can still be made to his charity fundraising site.