Subscribe
Back to news
news
Art and design
Leisure
Riding 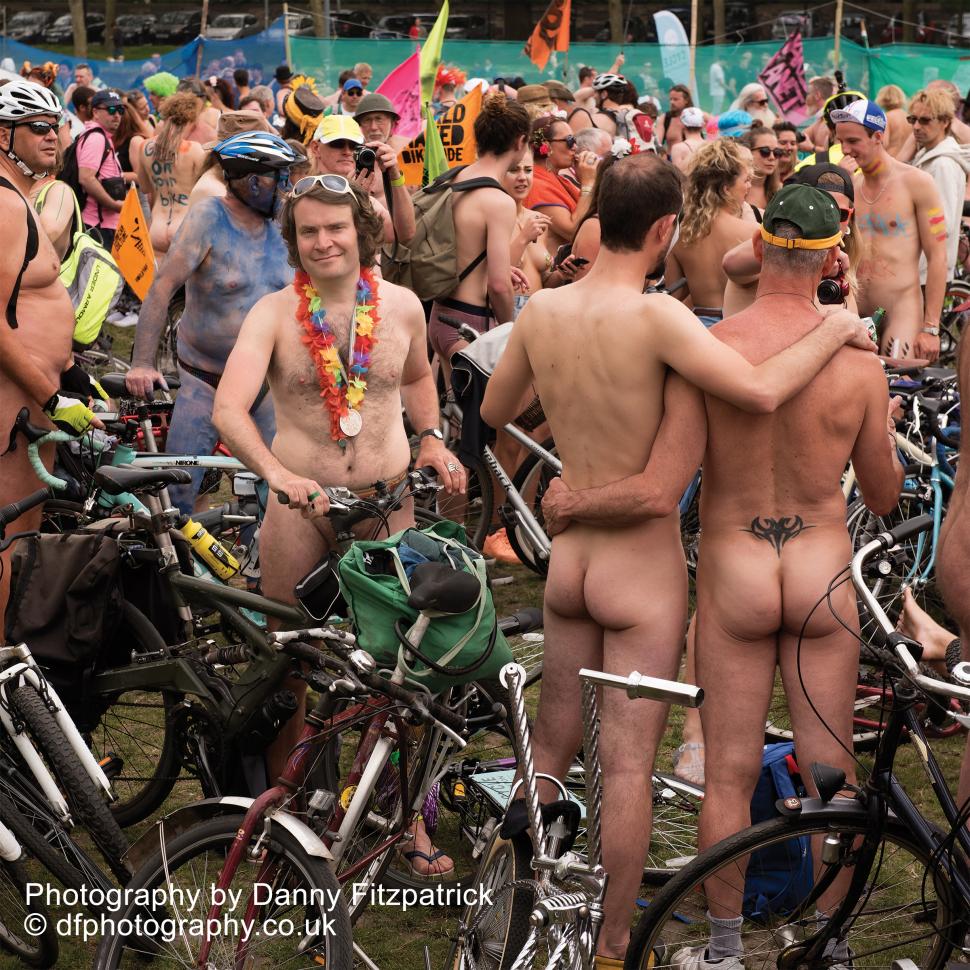 Exhibitor asked to think of the children despite his protests that the photo was "only a couple of bums."...
by Elliot Johnston

A photo of naked bike riders on exhibition in Brighton railway station has been removed following complaints over its appropriateness.

Photographer Danny Fitzpatrick, from Brighton and of photography company dfphotography, was asked by station officials to remove the photo after one passer-by complained.

Despite his protests that the photo was "only a couple of bums," Mr Fitzpatrick agreed to remove the photo after a conversation with the station wherein he discovered that the complainant was trying to protect their children.

Mr. Fitzpatrick jumped to the defense of the photo saying that his kids love it. He said: "My little boy wants it in his bedroom but I'm not going to allow that."

The Brighton photographer went on to express his disappointment in having to take the photo down when he spoke to Brighton newspaper The Argus:

"It's a shame someone found it offensive. It's only a couple of bums but the station has to look after its customers.

"The station phoned me quite apologetic and said unfortunately we have had a complaint so it can't stay.

"As soon as she started the conversation I knew it was going to be about that picture.

Yet that welcome does not appear to extend to photographs of the event.

The station initially gave the go-ahead to Mr Fitzpatrick's photograph, saying that because the bike ride goes on in the city, they wouldn't have a problem with it.

The father of two, Mr Fitzpatrick, said that he put the complaint down to the large amount of attention the photograph garnered.

"I was very careful," he said. "Apart from two bums there's no explicit nudity in there.

"I hoped that people would have been OK with it but these things happen.

"The station have been really good to me and are just responding to customer complaints so it's fine by me."

The Argus got in touch with Brighton railway station for comment. They responded by saying: "We received a complaint that the image was not suitable for children to be seeing, so we contacted the artist and requested its removal."

Back in May last year a gentleman taking part in the Canterbury World Naked Bike Ride was asked to put his trousers back on and leave the event after getting a little "overexcited."

We're all in support of events like the World Naked Bike Ride here at road.cc, as long as everyone keeps their cool.

But, as we discovered this week, if you're not taking part in an officially sanctioned event it could cause all sorts of problems if you decide to head out skin-to-saddle.

Just ask the residents of Suffolk village Crowfield, who went on a manhunt for a naked-but-for-a-helmet bike rider last weekend.