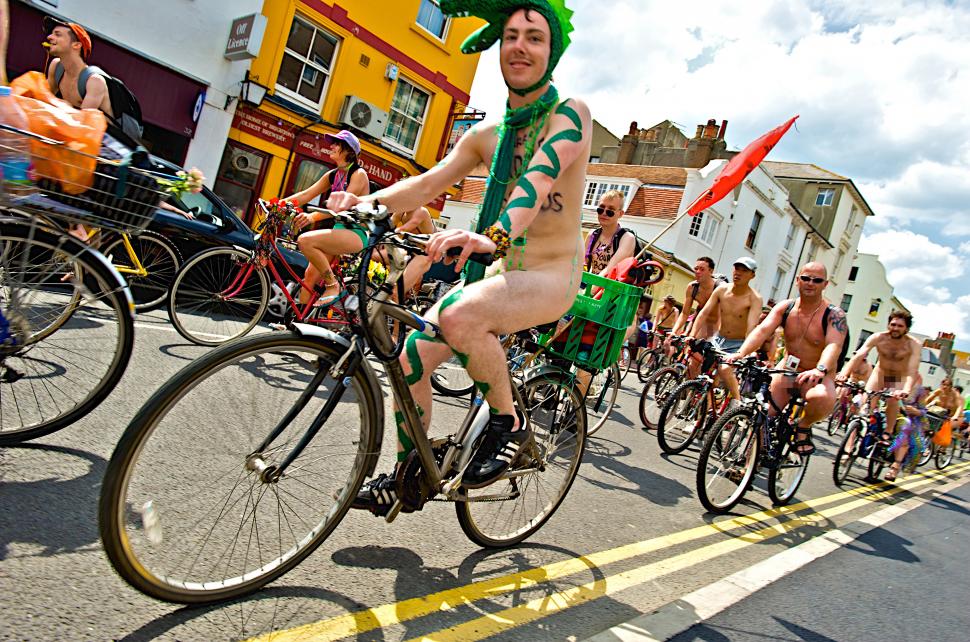 A naked cyclist was spotted riding through a leafy Suffolk village yesterday, sparking a widespread hunt for the helmeted individual.

The man rode through the town of Crowfield yesterday morning at around 10am, despite some rather brisk weather.

A runner told the East Anglian Daily Times: “I was out for a run with my wife on one of our favourite routes from Crowfield to Helmingham and back.

“It was the final mile, on the Ipswich Road, on the approach to Crowfield village, when I heard my wife start laughing. I realised why as a totally naked man - apart from his cycle helmet - went past.

“He didn’t seem to have a care in the world. It was about 10am and not the warmest part of the day.

“He was clearly causing some amusement – as we passed one of the villagers out cutting his grass who had a big smile on his face, he asked if we had any plans to run naked!”

The rider was in the wrong vicinity if he intended to join in with the World Naked Bike Ride, because as we reported earlier this month, yesterday’s ride was in Portsmouth.

Thousands of cyclists are set to strip off to protest against oil dependency and car culture again this summer with a series of World Naked Bike Rides scheduled to take place in cities up and down the nation.

The nudity is said to symbolise the vulnerability of the cyclist in traffic, but it also helps garner attention for a protest which now takes place in towns and cities worldwide. Dates have been set for 18 UK locations already with a couple more likely to be confirmed on top of that.

Initially the World Naked Bike Ride (WNBR) was primarily about protesting oil dependency and celebrating the power and individuality of the human body. However, since 2006, there has been a shift towards simplifying the message with a greater focus on cycling advocacy.