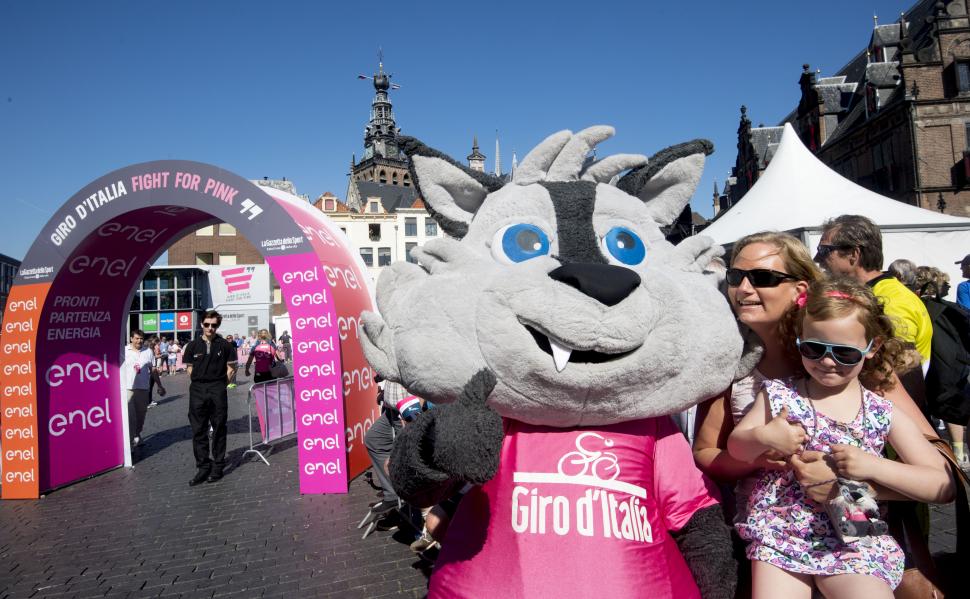 Lupo Wolfie seen as a "provocation" in light of wolf attacks on Alpine livestock...
by Simon_MacMichael

French farmers are demanding that the Giro d’Italia be banned from bringing its mascot – a wolf, or more precisely, a person in a wolf costume – to France when the race crosses the border later this month, saying its presence will be a “pure provocation” to Alpine farmers.

Lupo Wolfie has been the race’s official mascot since December 2015, replacing the previous mascot, a mountain goat named Girbecco.

This year’s 99th edition of the race heads crosses the border into France in its closing days, with Stage 19 finishing in Risoul and the following day’s penultimate stage beginning in Guillestre, both in the Hautes-Alpes department.

Livestock breeders have suffered for many years due to the predatory behaviour of wolves,” they said in a press release.

“Our union is fighting to carry out our profession with dignity, that is to say, to protect our herds and flocks from these predators.

“The use of such a mascot – moreover, one supported by environmental organisations – in the middle of our pastures is a pure provocation which is not humanly acceptable to our breeders.

“Farmers can no longer bear seeing the wolf presented to public opinion as a cute stuffed toy.” 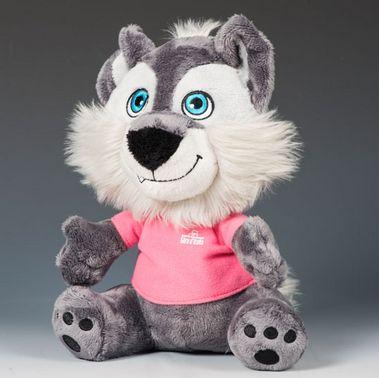 According to Telegraph.co.uk, the wolf population in France has trebled over the past decade, and now numbers some 300 animals.

Growth in numbers has been accompanied by a rise in the number of attacks on livestock attributed to wolves, and the government has given the green-light to limited culls in areas most at risk.

However, with the wolf protected under the Bern convention, at most 36 animals a year can be killed.

JA 05 say they have asked local elected officials to ban Lupo Wolfie from the Hautes-Alpes.

“If nothing is done to make this mascot remain in Italy, we will take action,” they warn.

What form any action may take hasn’t been revealed. It’s clear though that for the region’s farmers, it is an emotive issue.

Last September, 50 of them “bossnapped” the president and the director of the Vanoise national park in the Hautes-Alpes after a meeting, holding them hostage in a town hall overnight and demanding more wolves be culled.