Tour de France organisers have announced a new partnership with winemakers of the Aude area of Languedoc-Roussillon, following threats last month the local winemakers’ union would blockade part of this year’s race.

Amaury Sport Organisation agreed on the promotional partnership after the winemakers union announced plans to disrupt parts of the race, stage 11 of which runs through the heart of the Languedoc region.

The Aude winemakers’ association were unhappy after they found out about an existing partnership between race organisers and Chilean wine group Cono Sur earlier this year, which is an official Tour de France sponsor until 2017.

The deal was struck between Rouanet and general director of the Tour, Christian Prudhomme, Vignerons de l’Aude president Frédéric Rouane  and Jérôme Despey of France AgriMer. The agreement offers French winemakers the chance to create a flag for French wine, as well as separate flags for regional products.

Although Rouanet called the choice of a foreign wine “absurd”, Prudhomme pointed out no French wine brand had applied to be a sponsor before the deal was struck with Cono Sur in 2015.

At the time Rouanet, said: “We have no contact with Amaury Sport and we feel very strongly about this issue. We intend to block the Tour de France at strategic steps if a French wine is not chosen to represent this cycling event, the emblem of France.”

It is worth noting that under French law, media advertising of any drink with an alcohol content of more than 1.2% at a sporting event is banned. Cono Sur’s Bicicleta is therefore only linked with the Tour de France on its foreign stages, which this year are in the Andorra (the first of those starting in Spain) and Switzerland.

There's no such problem across the Alps in Italy. Sunday's Stage 9 individual time trial at the Giro d'Italia is being hosted in Tuscany in partnership with the Chianti Classico consortium, while Prosecco supplied by Astoria Wines  is the bubbly you'll see sprayed at the podium celebrations.

Chiantishire to star in 2016 Giro 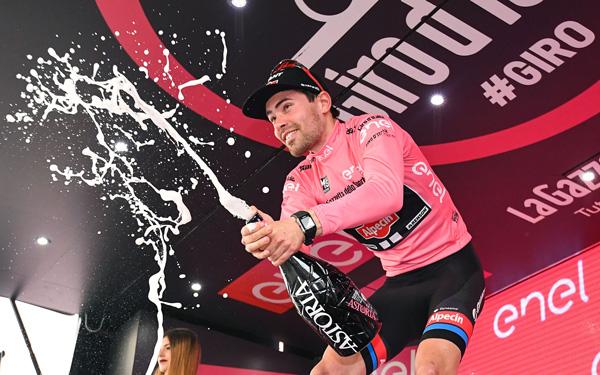