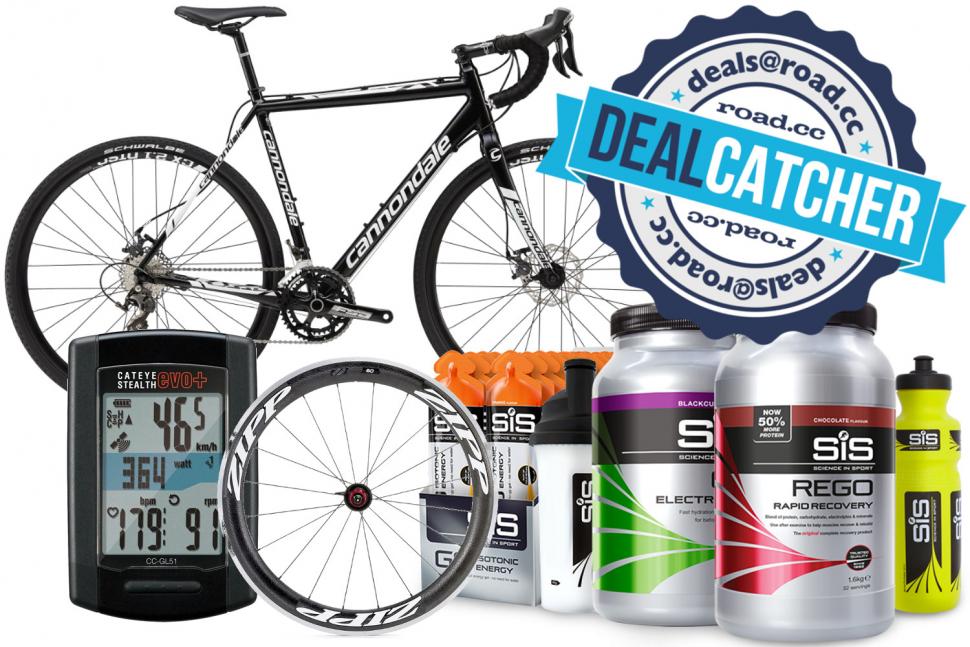 The DealCatcher's got a market-topping 2016 Cannondale CAADX, some Zipp wheels & SiS Endurance goodies for you today...
by Elliot Johnston

The DealCatcher's got a hamper - a really, really big hamper - of cycling goodies for you to celebrate that we're half way through another working week.

With only two days to go before another #mycyclingweekend, now's the perfect time to upgrade your ride, or grab some gadgets to make your weekend riding easier, faster, and far more fun.

Wheelies get things underway with two sponsored deals. The first is Zipp's 60 Carbon/Alloy Clincher rear wheel which has had a hefty 30% of its asking price wiped away. The Zipp is quickly followed by a 14% discounted Cateye Stealth Evo cycling computer.

Following on from that are Cycle Store and their Cannondale CAADX Cyclocross/commuter extraordinaire which has had a 10% discount putting it at the top of the cycling market in terms of affordability.

Finally, Science in Sport weigh in with their Endurance bundle which has seen a stellar 48% discount - and what's more, you get to choose your flavours!

No more trying to keep down those banana flavoured energy gels!

Fancy a new properly aero wheel experience? Well, the unmistakenable dimpled surface on Zipp's 60 wheelset doesn't only set the wheel apart from its peers in terms of looks, it improves the aerodynamics of the rims too.

An aluminium braking surface keeps your brakes safe and consistent in wet and dry conditions, and the deep and fat 58mm rims claim to be significantly more aerodynamic than their V-shaped counterparts.

If you're after the full set though, follow this link here.

From basic lightweight Velo computer that measures distance and speed, to their high end smartphone-compatible Padrone computer, we've seen loads, and throughly enjoyed the vast majority of them.

The Stealth is no exception.

We reviewed the Stealth back in 2014, before you could measure your maximum and average power outputs, your hear trate and cadence measurements, and your power balance with the device.

Even before the introduction of the features above, our late reviewer Steve Worland, said the review had loads going for it. It's fair to say in its current incarnation, and at its current price the Stealth would score even better than the 7/10 it received from Steve. 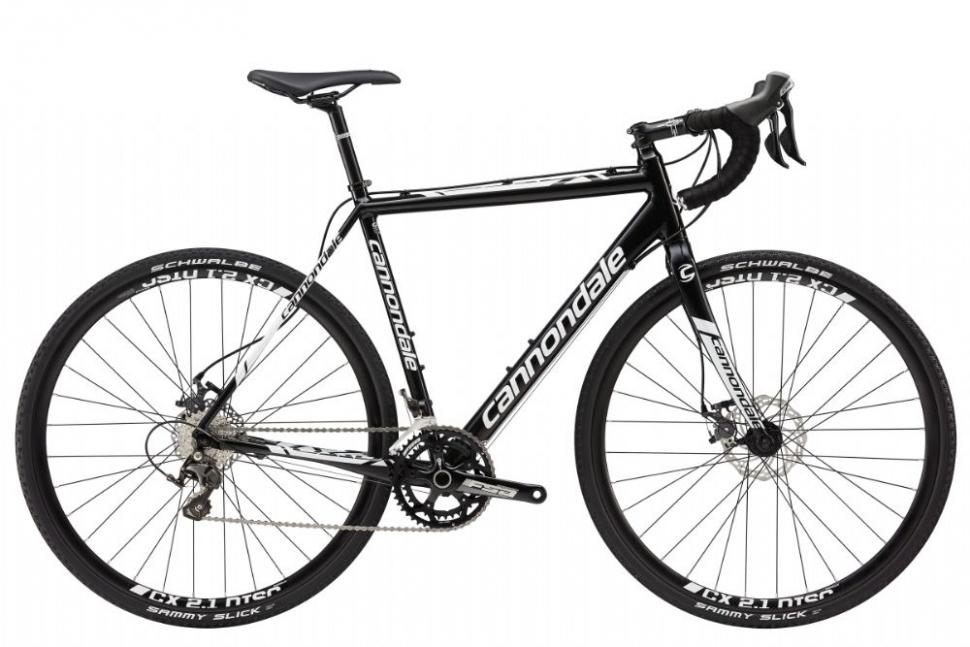 Here's another item we reviewed in another life - well another incarnation.

Cannondale's CAADX came through our doors in 2010 and lit up our humble offices. Our man David Portland said it was "definitely one for the shortlist," and we can't help but agree that the 2016 edition looks like it'll be making its way onto our commuting lists in the future.

Definitely one for our shortlist.

Finally, SiS are here for you as your riding frequency looks to increase.

You'll be needing all the help you get in acquiring those summer legs, and, for now, endurance probably won't be your strong suit.

Obviously you'll be looking at the recovery protein and the electrolyte drink mix as the big items that'll keep you moving over the summer, but don't underestimate those GO Isotonic Energy Gels.

According to our reviewer David Else, the GO Energy Gels are "high performing gel with carbohydrates for energy and fluid for hydration; tastes good, slips down easily, and is fair value."