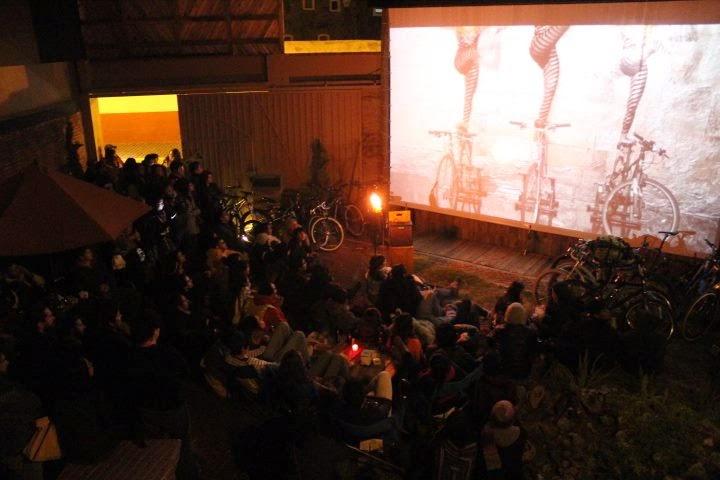 This will be the final year for Bike Smut, a celebration of sex and cycling, in its current format, as organisers look at their options
by Laura Laker

The Bike Smut Film Festival returns for its final year to venues in Bristol and London, bringing bikes and sex, as well as games, performances, beer – and a totally new way to look at your bike - to audiences.

Bike Smut last appeared in London in 2011 and this is the last year the festival will feature in its current form.

Poppy Cox, one of its organisers, explained the concept of the festival to Look Mum, No Hands: “In both sex and cycling you and your partner/bike work to make each other feel awesome. You put your trust in one another to take you to new and magical places. I think also the bicycles connections with the liberation of women is super important.”

“We had two shows in London in 2011 that were both super fun.  We dressed up and raced bikes before one show and did an alley cat before the second show. In Paris we had too many bikers to fit in the venue, so instead they all took their clothes off and blocked the street, shouting at any cars that tried to pass. In Milan, we were on the national news and were also interviewed by Playboy Italia. I haven't even mentioned all the bike fun we had in America and Mexico.”

Bike Smut organisers are looking to change the way they operate for future years – still screening in each city, but in a way they describe as more efficient than bringing the films personally. The format is yet to be decided.

There are also screenings in San Francisco, Los Angeles, Nuremberg and Amsterdam in May. For more information visit the Bike Smut website.