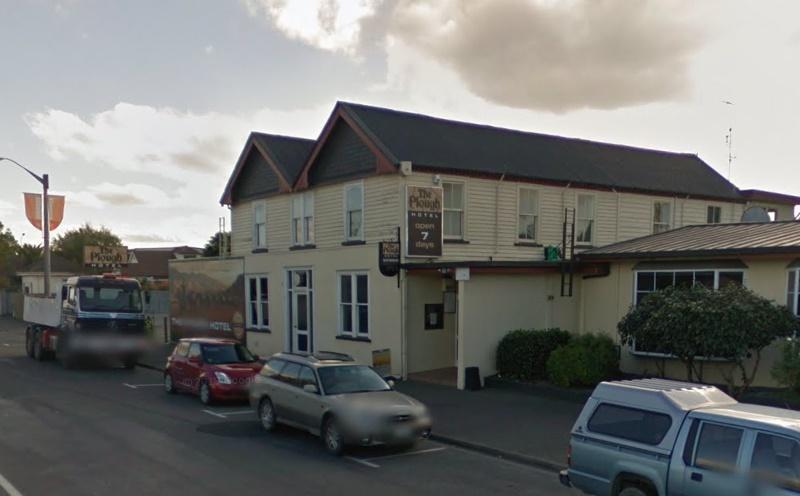 A New Zealand hotel has banned Lycra on its premises with the owner arguing that “unsightly bumps and bulges” should not be visible to his other clientele.

The Plough Hotel in Rangiora has put out a sign reading: “The bicycle is a beautiful object but they should never have invented lycra! No lycra shorts allowed please.”

Mike Saunders, co-owner of the hotel, told Fairfax: "It's just a little unsuitable, we don't always want to see any unsightly bumps and bulges. We get a nice group of customers out here, some elderly folk ... when you're trying to concentrate on your breakfast you just want to see the sausages on your plate."

Saunders told The Guardian he was not against Lycra in general, just Lycra shorts. “A lot of our customers are elderly or children and they don’t need to know that much detail about the shape of somebody.”

Siobhan Tolhurst, who once worked for Saunders’s at another café, added: “We had a number of experiences with large men in tiny shorts and that’s not appropriate for children to see.”

Spokes Canterbury chairman Don Babe said local cyclists would simply find elsewhere to go. "Generally a good cycle ride involves some food along the way. If the guy in Rangiora doesn't want them to go to his place that's fine, there's plenty of other places."

Ron Van Til, owner of the nearby Rangiora Bakery made a pitch for that custom, saying: “I have a different view that the world is a diverse place and we should embrace bodies of all shapes and sizes. I have no problem with Lycra at all.”

Last year, four cyclists were turned away from Perth pub The Raffles Hotel by a waiter who told them there was a "strict policy of no lycra". Management subsequently claimed that the incident was a misunderstanding and that their only issue with cyclists was when large numbers of bikes were left against walls or close to paths.

A month later, a Montana bill which would have seen Lycra and other figure-hugging gear banned was shelved. It would have extended the state’s indecent exposure law to include any exposure of the nipples – whether women’s or men’s – as well as to clothing that “gives the appearance or simulates” someone’s buttocks, genitals, pelvic area, or the female nipple.

Representative David Moore, who tabled the bill, had argued: “I want Montana to be known as a decent state where people can live within the security of laws and protect their children and associates from degrading and indecent practices. I believe this bill is written preserving that reputation.”