A man was foiled in his attempt to steal an £8,000 bike from a shop in Cambridge – because he was unable to ride away on it since it had no pedals.

He was forced to abandon the bike as he was chased down the road by the store’s managers, Tom Holloway and Will Stokes, as well as a woman who had been parking her own bike opposite.

Although he made his escape in a black Audi car that had been waiting for him, the registration number was taken down and police were also able to take his fingerprints from the bike.

Jennifer Green, who had been locking her bike up outside a Co-operative supermarket nearby, told the newspaper:

"It was a split second thing. I heard a shout and looked round, and saw a man running down the road chasing a man running with a bike.

"I didn't have time to process it, I just thought 'oh bloody cheek to grab someone's bike', and went after him.

"If he had been cycling away I would have been much slower on the uptake, but he had made a poor choice taking one without pedals," she added.

The store’s mechanic, Tyler Johnson, said: "It couldn't have really gone any better. We got the bike back and it's undamaged, not a mark on it, and the police got some really good prints off it.

"It's the most valuable bike Giant have done in the last couple of years, and retails at £8,000, but it doesn't have pedals, as people who buy bikes at that level will have their own.

"Jennifer was great in giving chase. She did everything she could when she realised there was a thief. I don't think we would have got it back without her."

The company’s managing director, David Middlemiss, said: "I am so proud of Will and Tom and the team there, because they reacted incredibly quickly, and didn't do anything dangerous.

"I'm also extremely grateful to Jennifer for helping out, she did a fantastic job,” he added.

A spokeswoman for Cambridgeshire Police issues a description of the suspect, saying: “The offender is described as white, 6' 1", athletic build with short light hair, between 20 to 30 years old, wearing black trousers, red/orange Nike shoes with orange laces, and a grey fleece with a black Ferrari jacket underneath.

"Anyone with information about this incident is asked to contact police on 101 or Crimestoppers, anonymously, on 0800 555 111." 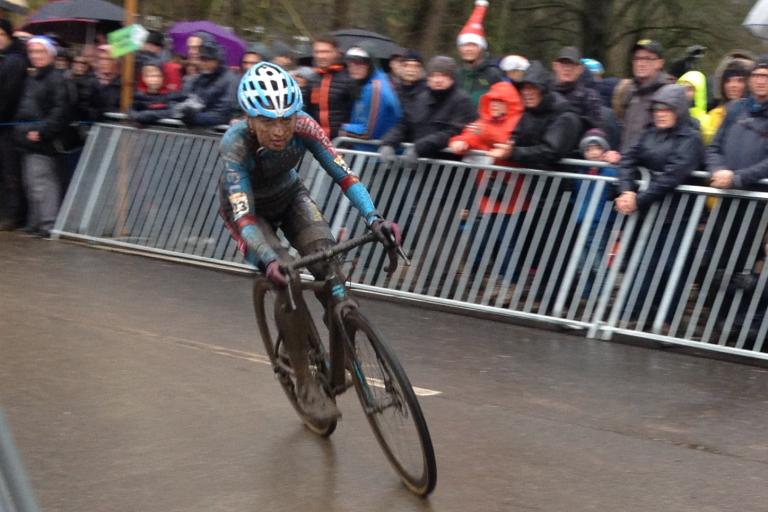