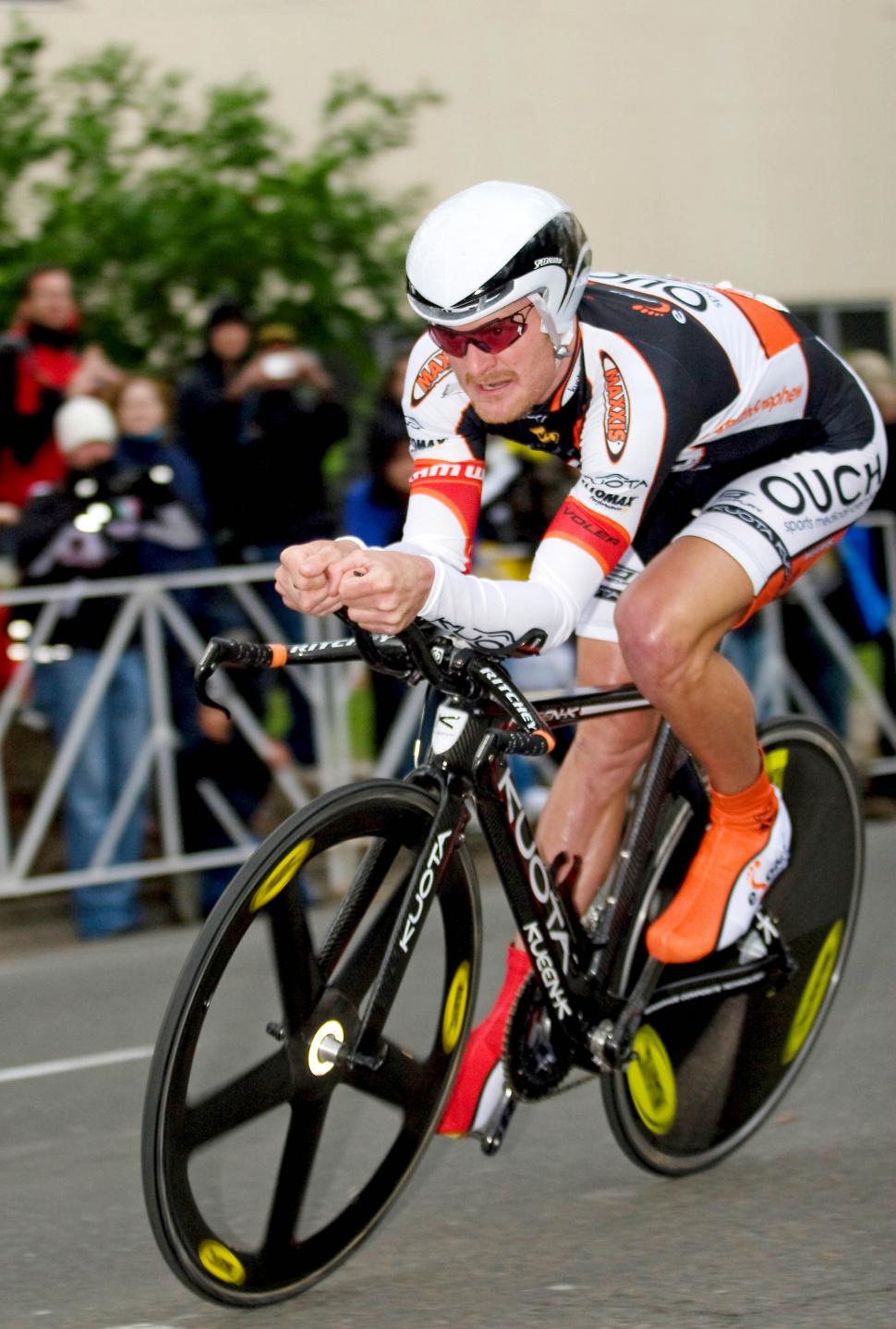 UCI lawyers warned Floyd Landis weeks before he went public with his drugs allegations that he risked being sued for defamation, that's the word from former UCI President Hein Verbruggen, one of those at the centre of Landis's allegations about drug taking and suppressed test results.

According to Verbruggen the UCI sent Landis what amounted to a cease and desist letter in the weeks leading up to him going public. In a telephone interview with the Associated Press News Agency, Verbruggen, now a member of the International Olympic Committee, said that Landis contacted the UCI well before going public to tell them of his allegations and in particular his assertion that Verbruggen had colluded with Lance Armstrong to suppress a positive test for EPO at the Tour de Suisse.

A UCI spokesman, Enrico Carpani confirmed the letter was sent in early May. While Verbruggen vehemently denied that he ever suppressed a test, or that Armstrong had failed one, he also indicated that he won't be suing Landis himself, however should the case come to court he is willing to testify under oath that the allegations of suppressed tests are untrue.The UCI has yet to say whether it will be taking action against Landis although, as we have reported there has been some heavy sabre rattling to that effect from the blazers of Lausanne since Landis fired off his email to the Wall Street Journal.

Whether a case will come to court is still a moot point, the UCI may not want to spend on going to law and Lance Armstrong doesn't seem to be in the mood to call in the lawyers, perhaps calculating that when it comes to the court of public opinion nobody will be convicted on the word of Floyd Landis - he could well be right.

Landis though isn't taking any chances in another bizarre twist to an increasingly bizarre saga it emerged yesterday that he had engaged Wilson Sonsini Goodrich and Rosati, a law firm used by his one time adversary, Greg Lemond – a man he tried to blackmail.

According to the New York Daily News, the firm will be assisting Landis as he prepares for a host of potential law suits, which could include criminal charges resulting from his own confession of drugs use, or a defamation case brought by those he has pointed the finger at.

It’s an interesting choice of firm, however, given the often bitter relationship between Landis and LeMond.

In 2007, LeMond stunned a courtroom into silence when he appeared as a witness during an arbitration hearing regarding Landis’s drug use after he revealed that Landis’s business manager, Will Geoghegan, had tried to blackmail him into not testifying by threatening to reveal details of sexual abuse LeMond had suffered as a child, which he had told Geoghegan about in confidence.

Of late, however, there seems to have been some form of rapprochement between Landis and LeMond, perhaps best explained by the old adage that “the enemy of my enemy is my friend.”

Indeed, it makes sense that Landis employ the services of that specific firm, which represented LeMond in his long-running dispute with Trek Bicycle Corp.

That case was settled out of court, but had it gone all the way, rumours were that Armstrong himself would be called as a witness, raising the perhaps uncomfortable prospect of his past being dissected in open court.

In other words, the firm, through its dealings with LeMond, is likely to have done an awful lot of the no doubt murky spadework that will be needed should Landis end up in court.

Mark Handfeldt, a partner at the law firm, confirmed that it was representing the cyclist:

"He's our client," Handfelt confirmed to the Daily News. "The same team that represented Greg LeMond in his dispute with Trek is representing Floyd Landis."

Landis is also collaborating with US Food and Drug Administration criminal investigator Jeff Novitzky, the man who led investigations against the likes of Olympic athlete Marion Jones and baseball legend Barry Bonds. The Daily News reported thatLandis and Novitzky are in regular contact and get on well.

This whole affair began when, Landis was stripped of his 2006 Tour de France title after it emerged that he had tested positive for elevated levels of testosterone following his stunning ride on Stage 17 to Morzine that put him back in the yellow jersey, he was subsequently disqualified.