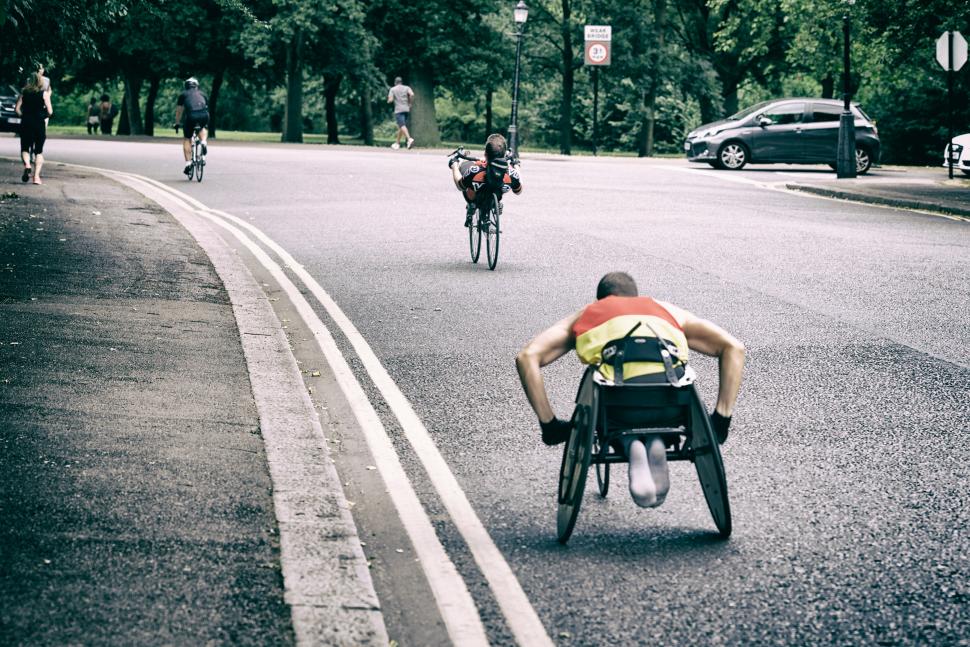 Royal Parks' plan to use cobbles to slow down fast cyclists, will affect disabled riders most according to charity Wheels for Wellbeing...
by Laura Laker

Using cobbles to reduce cycling speeds disadvantages disabled users, while having little effect on faster cyclists, according to one disability advocacy group.

Following recent Royal Parks’ announcements that cobbles will be used to slow cyclists down on roads and shared path routes on its land, including on Regent’s Park’s Outer Circle and in Kensington Gardens, concerns have been raised that the scheme may not work as intended.

Wheels for Wellbeing, a charity dedicated to supporting disabled cyclists, says the cobbles could potentially cause discomfort and pain to mobility aid users, while smaller casters on wheelchairs could become stuck between cobbles.

Kevin Hickman, a trustee for Wheels for Wellbeing, told road.cc: "Using surface treatments to control cycling speeds is a problem generally for disabled people. I don’t know how rough the cobbled strips being implemented in Kensington Gardens are but they are likely to be uncomfortable, particularly for people who can’t get out of their saddle/seat, and possibly even painful for some.

“Users of all forms of mobility aid are disadvantaged, not only people on bikes, trikes and handbikes.”

“The casters of wheelchairs (the small wheels at the front) can become stuck between cobbles or result in the user being jolted or vibrated."

Mount Walk, in Kensington Gardens, is an off-road route shared path with 900 cyclists per hour using it in peak times, a number set to grow as it will become part of the Central London Grid bike network, and link directly to London’s new East-West Cycle Superhighway.

The Royal Parks says the path is too narrow to separate cycles and pedestrians, and are installing cobble rumble strips to keep cycles below the 12mph "design speed" for the route, and the path can't be widened because of trees that border it.

He said: "My observation of these types of schemes is that those who cycle the fastest seem to be the least affected - they simply rise out of the saddle. That may be anecdotal but I’m not aware of any evidence that schemes like this work as intended.

“Perhaps the Royal Parks are better informed than Wheels for Wellbeing and we would be interested in which research is being relied upon in this instance. If not, having ruled out all other solutions, the Royal Parks appear to have plumped for wishful thinking."

Road cyclists have hit back at plans to install raised cobbled tables at four junctions around Regent’s Park’s Outer Circle, a popular training circuit and commuter route, as well as a way of accessing the park for families. Regent’s Park Cyclists’ Justin Mckie told road.cc earlier this month “one of the key challenges raised platforms comes from the disabled cyclists that use the park”.