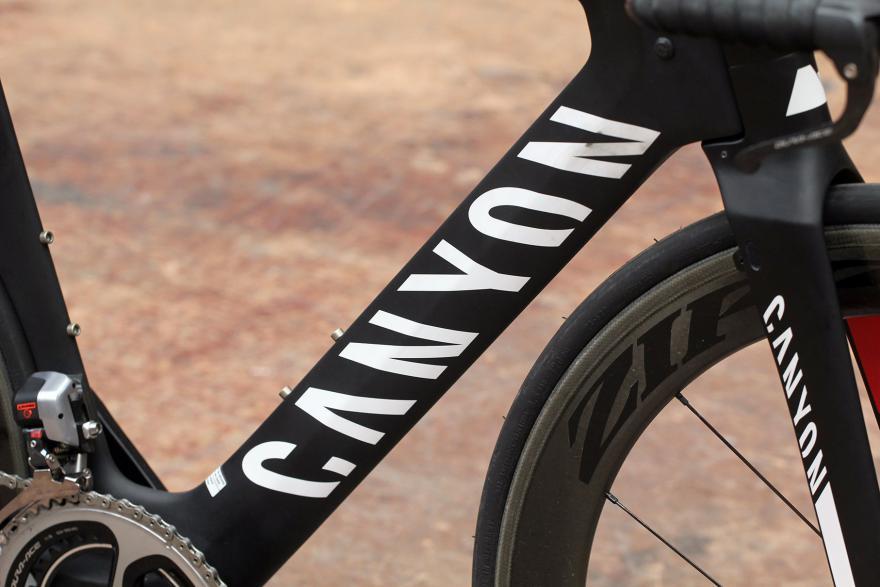 Roman Arnold, founder and CEO of Canyon, has written to customers to seek reassure them that the business is doing all it can to satisfy unfulfilled orders and that it has “dramatically improved” its performance in recent weeks.

It’s the second time in a matter of months that he has penned an open letter outlining the problems the company experienced following the move to a new factory in Koblenz in October and the introduction at the same time of a new IT system.

In his letter published today on the company’s website, he said: “As you will already know, the process of upgrading and transitioning did not go as planned.

“Throughout this period of transformation, we failed to deliver the level of service that our company stands for.

“We are heartbroken that this has caused many in our community to lose their faith in Canyon.

“On behalf of the entire Canyon Team, I would once again like to express my deepest and sincerest apologies for this.”

He continued: “As soon as we began implementing the new system unexpected problems arose. Instead of improving our processes, they were brought to a standstill.

“Customer and order information vanished and we subjected many of you to ridiculous delivery times.

“On top of that our customer service was ill-equipped to answer the huge number of enquiries quickly, nor could they access the information necessary to give you the answers you needed.”

He insisted however that the situation is now improving.

“Over the last few weeks we have dramatically improved the situation thanks to the sustained effort and commitment from the entire Canyon Crew,” he wrote.

“Our new systems perform better with each passing day and our production problems are working themselves out.

“We have learned a tremendous amount from this experience and are certain that in the future we will be much better prepared for any challenges,” he added.

Our story last month about the delays some customers of the brand had experienced struck a chord with road.cc users – with many sharing their own experiences of shopping with the company in comments to the article as well as on our Facebook page.

One, KoenM, said it would be helpful if Canyon, like some other brands, let people to track their orders online.

“My Rose road bike was also late but because I knew everything that happened with it I was never worried, I knew they were still working on it,” he said.

Some said that even before the recent problems, they were put off buying from Canyon because of the experience of others.

Philthy wrote: “After reading similar reviews online a few months ago, I decided against ordering from Canyon despite really liking the look (and price) of their bikes.

“I went for UK-based Ribble instead, and couldn't fault them. Bike even got delivered before the promised delivery date!”

A number of readers who had bought from the company criticised it for lack of communication and for the way it has responded to the problems.

Milfloat, who cancelled an order he placed in August after being told the bike would not now be delivered before March, said:  “I totally understand that things can go wrong, but it is how a company reacts that defines it.

“In Canyon's case they knew they had serious issues back in September, yet in all this time they have continued to take new orders, run promotions and advertise heavily.

“This is just getting them deeper in a hole and misleading many thousands of more people,” he added.

Others were happy with their experience, however, such as mylesrants who wrote:  “I ordered mine last year. It came on the week promised and it is lovely.”

Sorebones, who last month was nervously waiting on an order he placed with Canyon for a new frameset, said he had sympathy for the company’s staff who are working through the backlog.

“I genuinely feel sorry for the UK team, he said. “They are clearly overwhelmed and under-resourced, taking an average of 2 days to respond to each email and not being able to give any real information as the info from Germany seems inaccurate.”

Arnold said in his letter to customers today that from now on, “to achieve greater transparency and you all informed on what is happening inside Canyon, we will begin posting regular updates under the News section of our website.

“We have learned the hard way that it is not enough to build award-winning bikes, we must also provide the best service possible.

“Unfortunately, we can’t do this overnight but we are concerting all our efforts on improving as thoroughly and as quickly as possible.

“We have nearly reached the end of this chapter, but a long road still lies ahead of us,” he concluded.