Subscribe
Back to news
news
Art and design
New products 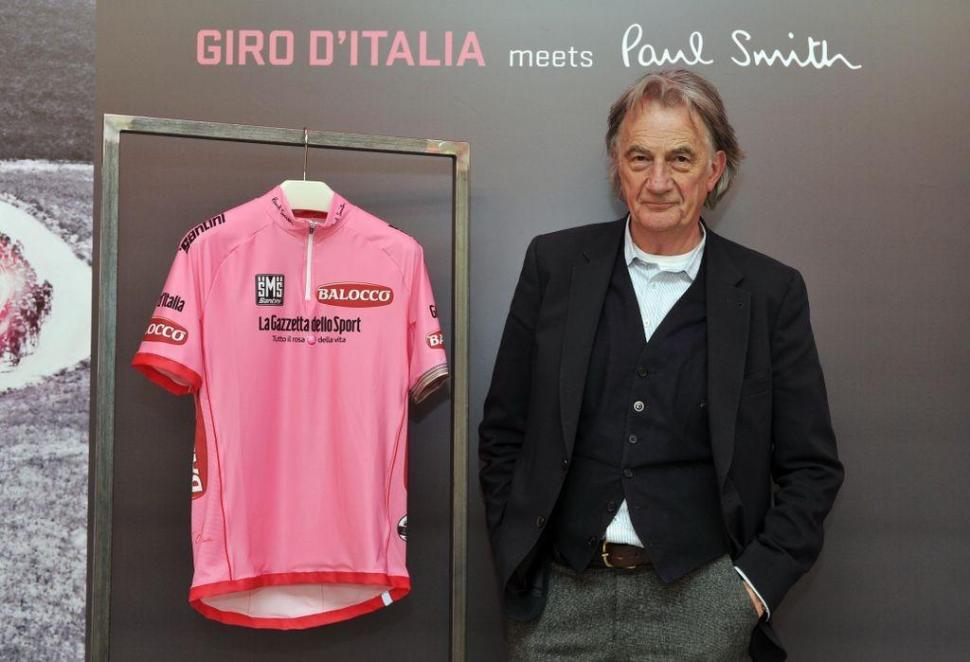 It’s well known that long before he began his career in fashion, world famous designer Sir Paul Smith dreamt of becoming a professional cyclist, his ambitions cruelly curtailed by a horrific crash when he was aged 17.

He never fell out of love with the sport however – it’s often referenced in his designs, and his Paul Smith Jeans brand also sponsored the Rapha-Condor team for a while and he launched a collection in partnership with the clothing brand.

He designed the maglia rosa leader’s jersey for the 2013 Giro d’Italia, incorporating his trademark stripes on the cuff of the left sleeve.

Cycling also figured strongly in his retrospective show at London’s Design Museum a couple of years back, and a forthcoming book will showcase his collection of memorabilia, books and magazines.

Published by Thames & Hudson on 21 May, Paul Smith's Cycling Scrapbook is a collaboration between the designer and Richard Williams, the former chief sports writer at the Guardian who counts the sport among his specialisations.

Speaking to his home town newspaper the Nottingham Post – a publication Williams worked on earlier in his career – Smith said: "As many people will know I've been a fan of cycling since my childhood and had dreams of becoming a professional.

"I have a huge collection of memorabilia and lots of wonderful memories of following cycling.

"In the book, Richard Williams, a friend and journalist, has pulled together a selection of pieces from my archive and recounted some of my favourite anecdotes," he added.

Here’s what Thames & Hudson says about the book:

This lively 'scrapbook' seeks to illustrate Paul Smith's favourite people, races and places in the cycling world through the romantic and beautiful images and places that inspired him.

From his collection of cycling jerseys and his extensive library of cycling publications and brochures of the 1950s and 1960s, to the inspiration he has found in his cycling heroes (Coppi, Anquetil, Bartali) and his collaborations with bike-makers (Mercian and Pinarello) and race organizers, this is a personal and highly visual journey that connects Smith's love of cycling with his love of design.

One climax to this parallel career came in 2013, when he was invited to design the legendary maglia rosa - the pink jersey worn by the leader of the Giro d'Italia, which was blessed by Pope Francis I and presented to the winner.

Ultimately, this is not merely a book about one man's enthusiasm for a sport, but an insight into how the people, stories and imagery that fill this passion have influenced one of the most successful personalities in the design world.