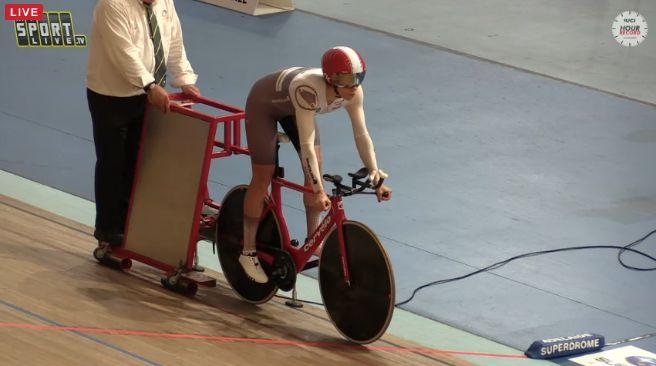 The 41-year-old, the first woman to try for the record this year, and the second Aussie woman to break the Hour since 2014, comfortably surpassed the 46.273km set in September by American rider Molly Shafer Van Houweling.

"I can't believe I broke a world record," she said.

"A lot of it is trying to not think about how you're feeling and focusing on what you're doing - that helps to distract you".

"How you feel is kind of irrelevant - you just have to have confidence in the plan.

"Yesterday, I had no confidence; I was really nervous.

"But today I felt a lot more calm and ready."

One thing O'Donnell and 2015 Hour record breaker Sir Bradley Wiggins have in common is their high performance chain treated with Muc-Off's special chain and lubricant combination.

The company developed their own ‘ Chain Lube Optimisation Dynamometer’ to provide detailed quantitative data on the efficiency and durability of any lubricant and chain combination.

Australia's Bridie O'Donnell will on Friday become the first cyclist in 2016 to attempt the UCI Hour Record - and you can watch the livestream right here.

The 41-year-old will set off at 0930 GMT on the 60-minute ride in which she hopes to beat the distance of 46.274 kilometres set by the  American Molly Shaffer Van Houweling in Mexico last September.

O'Donnell is riding at sea level at the Super-Drome in Adelaide, South Australia, which is currently hosting the Tour Down Under, and the supporting programme features riders including Olympic champion Anna Meares.

She has been training at the venue and told The Advertiser: "It was good to get on the track on Wednesday night and do a session at race time.

“The track isn’t really warm but is a bit muggy, it wasn’t running that fast but it felt okay.

“I think it will be similar on Friday night and there’s nothing I can do about that so I’m just trying to put the conditions out of my mind.

“I’m just maintaining the same plan that we’ve had all along in terms of my schedule.

“We’ll see how that unfolds but we know what power and pace I can sustain and that’s what we’ll be going for.

“I’m really hoping for a good crowd and it’s really cool that Anna (Meares) and the other sprinters are going to be there for such an awesome spectacle for people to watch them race.”

We will post the livestream here once it goes online on Friday morning.