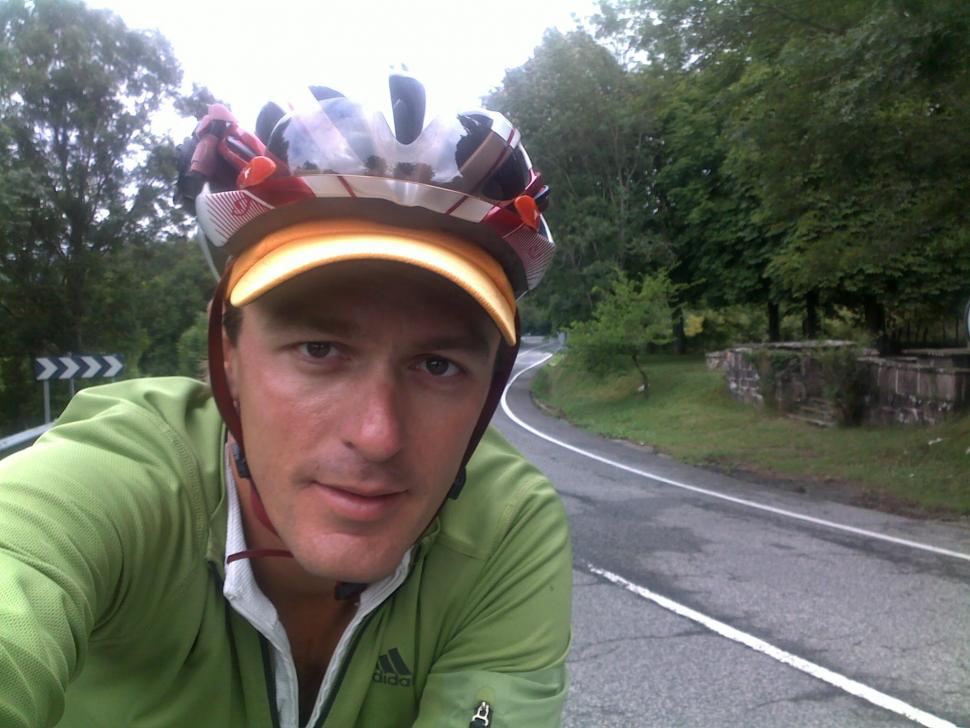 On a ride this week Cox and friends discovered the man, spoke to him and persuaded him to seek help. Cox urges people to look out for those in need
by Laura Laker

Vin Cox has said discovering and preventing a suicide attempt while out riding has given him a new appreciation for mental health issues and the “exaggerated aspirations, advertising ideals, and the distorted view of others we get via social media”.

Cox says he and two friends discovered a man during a bike ride on Tuesday night (29th), who was in his car in a car park. They stopped and spoke to the man and, Cox says, persuaded him to seek help.

After sharing the incident (though not revealing the man's identity) in a post on his Facebook page, Cox told road.cc the story had “struck a chord” with a lot of people who both shared the post and commented publicly and privately to share concerns about mental health issues, particularly at Christmas.

He wrote: “Riding with friends this evening we met a man trying to end his life. We interrupted him, talked to him, and persuaded him at least to move on saying he was going to try and find a way forward and talk to someone.

“I feel guilty because something he said was familiar; he said life was actually good at the moment, he said he loves his wife, but he said he felt he wasn't good enough and he was failing. It reminds me of how our basically great lives can feel inadequate when we compare them to exaggerated aspirations, advertising ideals, and the distorted view of others we get via social media.”

He says although his life is something he is thankful for, his own ups and downs aren’t truly reflected on social media.

“I hide the grit from you... I have bad days (weeks/months!) at work. I'm past my physical peak and I'm too fat. I argue with loved ones. I've let people down. I'm disorganised with money (filthy stuff!).

“I want to be an inspiration, usually that means optimism, but today I wonder if I could inspire some realism in your next Facebook post.”

He told road.cc the post had a huge response from friends and acquaintances in this country and abroad. He says the incident has taught him how important it is having realistic expectations of ourselves, as well as looking out for those who might be in need of help, particularly at this time of year when financial, relationship and personal problems can be more acute.

He says some friends have got in touch who, he says, “have kept their own problems under the surface”.

“It seems to have struck a chord with people,” he says.

Suicide rates among men are approximately three times those among women, with those aged 30-44 most affected. Feelings of social isolation are a significant risk factor in attempted suicide.

Cox adds constant positive portrayals of other people's lives, when viewed through a prism of low mood or depression, could make people feel inadequate, and has promised to be more honest in the way he portrays himself, so he isn't contributing to those feelings in anyone. He also says his friend Matt should be thanked for helping the man.

“Matt did most of it, he was the one who spotted the guy and it was him that gave the most help and convinced him to look in on old friends and family.

“We told him that we all have our dark times and problems and he isn’t alone in that - he shouldn’t feel alone.”

If this issue has affected you or anyone you know, the Samaritans are available 24 hours a day, 7 days a week, on 116 123 or at www.samaritans.org