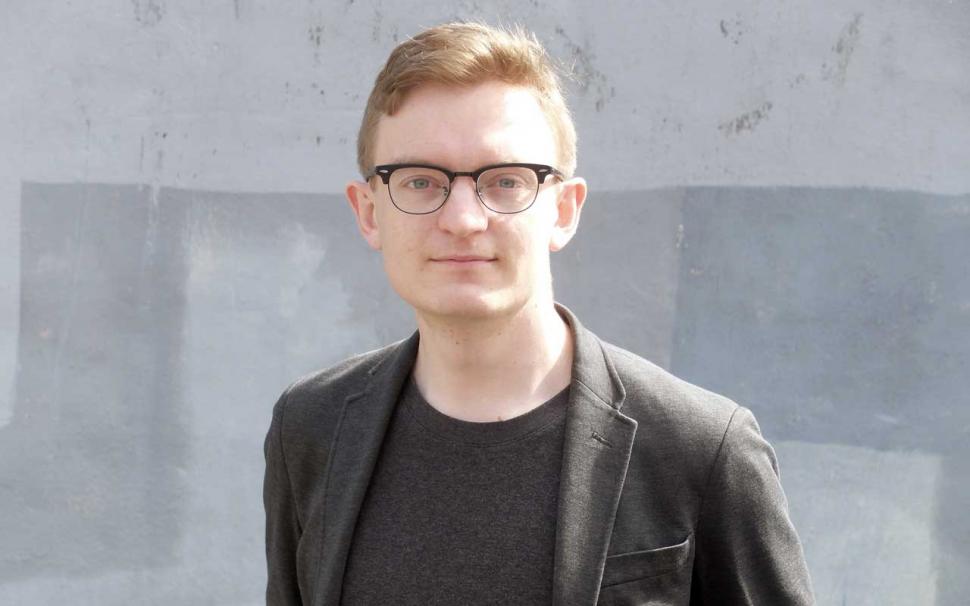 The winner of this year’s RIBA Norman Foster travelling scholarship, whose proposal ‘cycling megacities’ has spent the year travelling to cities in four developing countries to view the different challenges to bicycle advocacy and urban design.

“The RIBA Norman Foster travelling scholarship is an annual award given to a student of architecture and offers an opportunity for discovery that has the potential to lead to exciting new work in the field of architecture,” Charles Palmer told DesignBoom.

“I am the ninth recipient of the award, which has previously given others the chance to explore the relationship between architecture and recycling, cold environments, and water scarcity or abundance. I won this scholarship for my project ‘cycling megacities’.”

“It has evolved from the idea that we should not only be looking at the small cities of Copenhagen and Amsterdam — where concepts of ‘life sized cities’ or ‘human scale cities’ have developed — for answers to the future of non motorized transportation.

“Instead we should look at the mega metropolis for answers on how to design the sustainable cities of the future. over 55% of the world’s population now resides in urban areas, and this is only set to increase with developing nations still urbanizing rapidly. subsequently sustainable urban mobility is one of the greatest challenges of our time.

“Over the last 12 weeks I have circumnavigated the globe in order to visit ten megacities in countries the UN defines as developing: Sao Paulo, Mexico City, Hong Kong, Shenzhen, Guangzhou, Kolkata, Dhaka, Delhi, Mumbai, and I am currently in Bangalore.

“I have spent time in each city recording my experiences as I have explored the streets by bicycle and met cyclists, cycling activists, organizations and authorities that are shaping the future of mobility.

‘Cycling megacities’ is not a comparative analysis of cycling infrastructure around the globe, it is an exploration into how large cities are growing, how macro and micro movement patterns have developed in expansive urban environments and whether cycling is a viable option in the mega metropolis.”

He added that there were surprises in some of the cities.

“Mexico City surprised me by being one of the most progressive cities for cycling that I have visited. there is a fantastic and engaged community of civil societies and NGOs advocating for cycling and other forms of non motorized transportation, an open, inclusive and innovative city authority and a rapidly expanding culture of cycling.

“While it was easy to see problems that the city was facing with increasing car ownership and double layer highways, it was also easy to see an optimistic future for the city and its residents.

“Another mode of thinking that excited me during my stay was demonstrated by the changes happening in policy and legislation around road safety. spearheaded by bicitekas (an influential civil society group working for sustainable and humane transportation in Mexico City), new regulations were launched that will influence the way people move through the city, changing the behaviour of people through the enforcement of law and order.

“Interestingly in these new laws, it is becoming legal for bicycle users to go through red lights on minor roads.

“In legal terms this is written saying that on minor junctions, if a motorist is to hit a cyclist whether or not the cyclist has gone through a red light, they are liable for any harm done.

“This in turn raises the perceived risk for car drivers to be prosecuted. it has been implemented for three reasons: firstly, the natural state of cyclists is to continue rolling, secondly it is safer for cyclists to be ahead of traffic at junctions and thirdly that ‘people do it anyway’.

“This new regulation is going to be a fascinating test of the principles I have been studying: perception, safety and what actually happens in reality. Will it cause more accidents at junctions? Or will this result in safer, quieter and calmer minor junctions? We can only wait and see.”

Back in May we reported how the Sheffield University architecture student won the 2015 RIBA Norman Foster Travelling Scholarship for his proposal.

The jury was chaired by Lord Foster , who said: “Once again, the high standard of scholarship entries led to a lively and enjoyable debate.
AdTech Ad

“I congratulate Charles Palmer on this result – the jury felt this was an important subject, with an interesting focus on these rapidly expanding cities, and we were interested in the potential lessons that this research could offer for UK policy.

“Any planning initiatives will fail if we don’t address the social drivers behind people’s transport choices, therefore his proposal to examine the changing status of the bicycle in these different cities is particularly worthwhile.”

RIBA President Stephen Hodder said: “I am delighted that the 2015 RIBA Norman Foster Travelling Scholarship award will help explore the influence of cycling and its impact on the shaping of urban public space across the world.

“As a keen cyclist, I am conscious that it is an issue which is not being dealt with as well as it should be in the UK, and was pleased to see that the intention of this research is to inform the debate and guide UK policy.

“I look forward to reading Charles’ findings in due course, which, thanks to the generosity of Foster + Partners, will no doubt build on the work being conducted by the RIBA on healthy cities.”