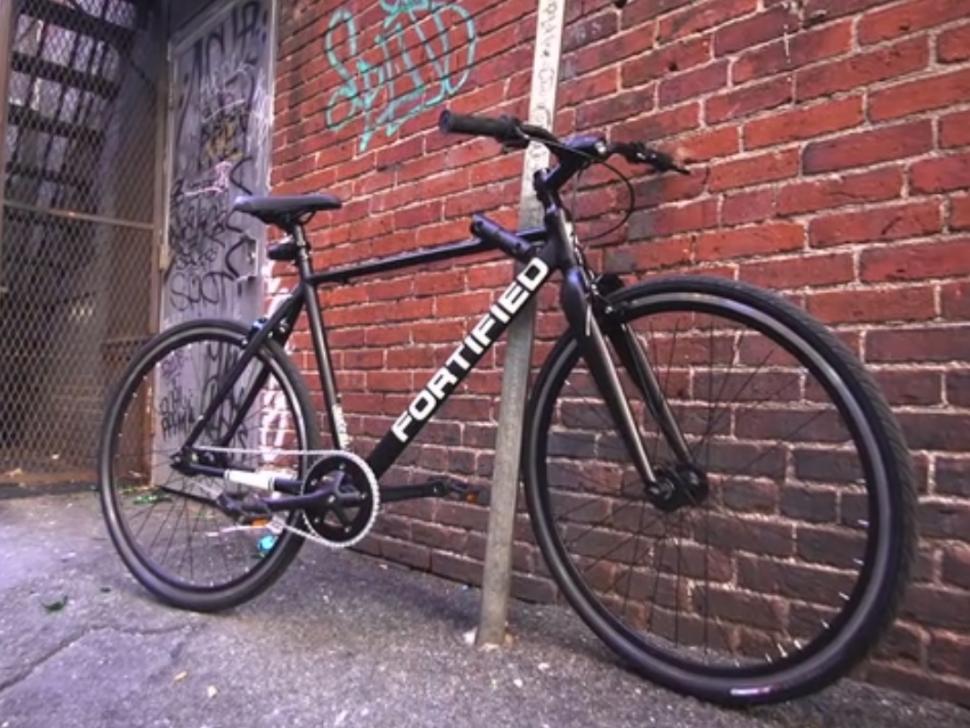 A US startup is launching a bike that it says is theft-proof and weather-proof.  The modestly-named Invincible is specifically designed for urban use and the firm behind it is looking to raise $100,000 via Kickstarter.

“End Bike Theft. Once and For All,” reads the heading for the campaign. The manufacturers, Fortified Bicycle, are clearly confident.

There are two security aspects underpinning the venture – the security measures on the bike itself and what happens afterwards.

The bike is put together with custom bolts, so you can’t undo anything without the proprietary key. It also comes with a fortified D-lock.

So far, so prosaic, but FortifiedProtect means the bike is also guaranteed against theft. If the bike, or any of its components, is taken, they will ship you a replacement within 24 hours. All you pay for is the shipping costs. Fortified feel able to do this because they have set up a team to track ownership and second-hand markets in a bid to prevent bikes from being sold on.

FortifiedProtect comes at a cost - $100 a year – but Fortified co-founder, Tivan Amour, told Pez Cycling News that making the bike harder to sell would also make it less appealing to thieves.

“It’s no secret that most stolen goods are sold in online marketplaces like Craigslist or eBay. So part of our solution is to keep our bikes out of secondary markets. By restricting secondary sales, we ensure that thieves no longer have an incentive to steal our bikes”

Whether thieves will actually be aware of this is perhaps the key.

There are two versions of the Invincible – a single-speed with calliper brakes and an eight-speed with disc brakes. The bike has been designed specifically for urban use and Fortified believes their customers won’t need more gears than that. The bike features an aluminium frame, puncture-resistant tyres and a rust-resistant chain.