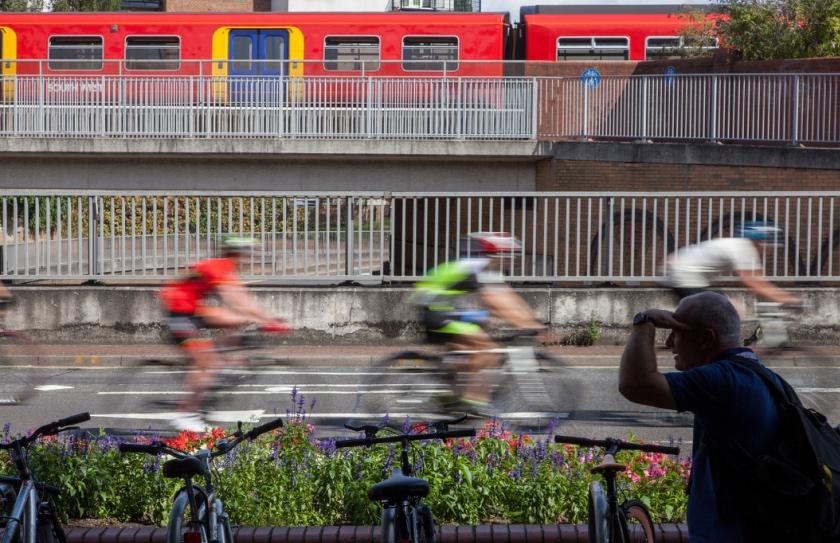 Brighton has been named station of the year at the National Cycle Rail Awards, with other winners including British Transport Police, Northern Rail and Aviva Trains Wales.

The winners were announced at a reception in London last Wednesday evening ghosted by the All Party Parliamentary Cycling Group, attended by transport minister Robert Goodwill.

No stranger himself to taking his Brompton with him on a train, the minister was among the cyclists travelling by rail who helped rack up a record 38 million combined bike and train journeys last year.

Sponsored by the Association of Train Operating Companies (ATOC), the awards are designed not only to recognise those companies and organisations that behind the best initiatives in each category in the past 12 months, but also to improve communication and encourage best practice.

During the past three years, the number of cycle parking spaces at Britain's railway stations has more than doubled from 25,000 to 63,000, with a further 12,000 in the pipeline.

Earlier this year, the Department for Transport pledging a further £14.5 million for investment in facilities at train stations.

The minister added: "Thanks to government spending we have more cycle spaces at stations than ever before and it’s great to see how innovative and ambitious the industry can be to encourage even more rail passengers to get on their bikes.”

Station of the Year
Southern - Brighton

Operator of the Year
Merseyrail

It's the second year running that Dominey, who works for South West Trains, has taken that category - last year he won with his picture By Royal Appointment, taken during the Richmond to Windsor cycle ride.

You can download the awards brochure, which gives full details of all the winners plus entries that were highly commended, here.

“The record growth in people using cycles as part of their rail journeys during the last year would not have been possible without the dedication, determination and joint working of train operators, Network Rail and our partners both inside and outside the rail industry," said Paul Plummer, chief executive of ATOC and the Rail Delivery Group.

“This year’s award winners have made outstanding contributions to cycle-rail in areas covering station infrastructure and facilities, passenger information and customer service. They are all worthy winners and I congratulate their work," he added.