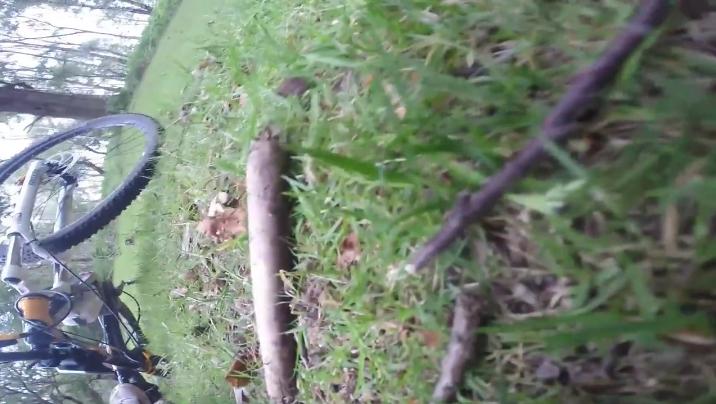 VIDEO: Cyclist films his epileptic seizure while out riding

A cyclist has shared the helmet cam footage of the terrifying moment he had an epileptic fit while out on his bike.

Tim Fry was riding with friends when he had a seizure without warning.

Cyclist Tim Fry captured his seizure on his video camera while...

Cyclist Tim Fry captured his seizure on his video camera while out on his bike. Tim is happy for us to share his footage in the hopes that it will help others to understand just what it is like to have a seizure and the time it can take to recover. For more information read Tim's blog http://bit.ly/1MbDvmy

He said on his blog: “I cycle a fair bit and continue to do so. I film some of it with a sports camera for fun and playback. In the video shown here, I remember up until the seizure point and some five minutes later when I woke up in a very confused state.

“All my seizures have been the same, no real prior warning.

“Two other further seizures were during sport too, one on my bike in a sprint race when I ended up cycling into a wall causing bit of an injury!  The other playing intensive indoor football.

“My father and sister have also had single seizures but have grown out of them early in their 20s so I’m hoping for the same.

“I’ve been seizure free for over a year now.  I’ve realised that my seizures definitely happen for a reason. I keep an eye on sleep, stress, diet and exercise.

“Exercise is really important but I keep a close eye on heart rate, fatigue and body heat to minimise any chance of anything happening.  I think everyone in life has a seizure threshold - it’s just mine is much lower than others'.

“I hope the video gives a realistic first person viewpoint of what happens during a seizure and that it will help to make people more aware of the condition.

“No one fits into one category for epilepsy. It’s just my experiences and views on it. I know others have a much harder time and I’m grateful that I have it fairly easy,  Finding a good medical consultant has been a massive help.”