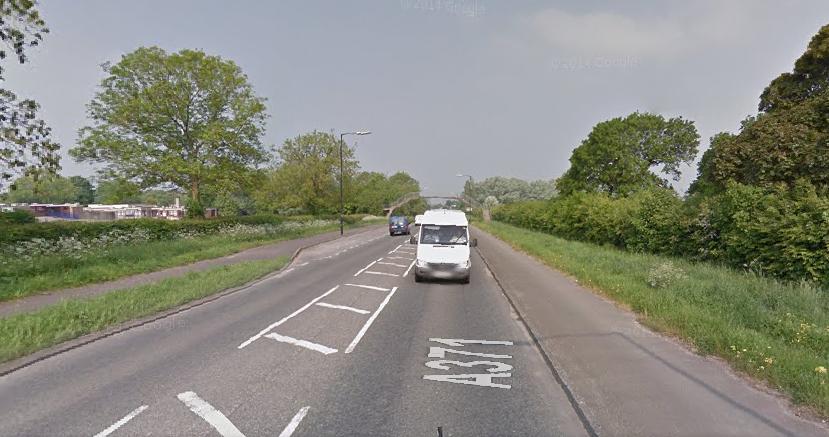 A seven year-old girl was killed after struggling with her gears and swerving into the path of a car while cycling alongside a busy A road near Weston-super-Mare. April Reeves’ parents have called for the 60mph speed limit to be dropped to 40mph and a grass verge to be created between the road and cycleway to prevent future incidents.

The Western Morning News reports how April was riding a small mountain bike along a shared footpath and cyclepath next to the A371 near RAF Locking on Thursday May 28 when she lost control of her bike and swerved into the path of a Skoda Yeti driven by Peter Farmer.

April was riding behind her mother, Wendy, and older brother, Tyler. PC Julian Chambers, who attended the scene, told the inquest:

"Mrs Reeves said she was struggling with operating the gears because she was not used to them. She was riding in sixth gear, which is the last and most difficult gear to cycle in. It is possible April was trying to change gear while she was moving. She lost control of the bike and fell off the kerb."

Chambers told the inquest there was nothing Peter Farmer could have done to avoid the schoolgirl crashing into the front side of his car.

Jeremy Spearing, who had been driving on the opposite side of the road, said there had been a gap of up to 30m between the three cyclists. He saw April wobbling on her bike before she fell.

"April started to wobble. I could see her wheel turning left towards the road and noticed she was close to it. Within five metres of passing I heard a noise like an empty cardboard box being hit with a baseball bat. I knew straight away she had been hit."

Peter Farmer said he saw April in his peripheral vision as he drove past, looking unsteady or not in control of her bike.

"I cannot describe the sound. I just knew something had happened and I instinctively veered to the right but there was oncoming traffic."

Another witness, Shirley Hobson said she was travelling behind Farmer and did not register any concerns about his driving.

The inquest recorded a verdict of accidental death.

Since the accident in May there has been a campaign to lower the speed limit on the 60mph road. After the hearing, April’s father, Garry, said:

"I just want the road changed so the speed limit is lower and there is a safe crossing point especially up by the school. I would like there to be a grass verge running along the side of the road like the rest of the cycle paths in Weston. There is no protection between that road and that path at all.

"Like my little son said, on that day if there had been a grass verge his sister would be here today. We think 60mph is way too fast for speed on that road and prevention is much better than cure. Why wait until more and more accidents and deaths are being reported to then change the road? Why can't it be done now? Why wait? Why risk more lives when there is a cure?"

Following the inquest, a spokesman for North Somerset Council told the Bristol Post:

"Our sympathies are with the family at what must continue to be a heart-breaking time for them.

"Although it is clear that the road condition and vehicle speeds played no part in this tragedy, we did say at the time of the accident that there were already improvements being planned as a result of the new residential and employment development taking place at Locking Parklands.

"We had been in discussions with the local school and had moved flashing warning lights nearer to the current crossing point on the A371. We have also completed the work in conjunction with the school and parish council to create an extension to the school car park to encourage parents not to drop off children on the main road.

"We are now progressing the planned widened cycle/pedestrian path from Locking Parklands down to the Laneys Drove junction; funding for this has been identified from the Local Sustainable Transport Fund. The design work has been completed and we are waiting for confirmation of a start date. Where space allows there will be a grass strip between the road and the footway.

"Design work has also begun on the north-south road link across the site which will require a traffic-light junction on the A371 with new pedestrian crossing facilities. This will enable us to review the speed limit here but no decisions have been made yet as to what that limit should be or the extent of a reduced limit.

"We will carefully study any comments we get from the coroner and respond to them appropriately."