Back to news
news
Community
Events 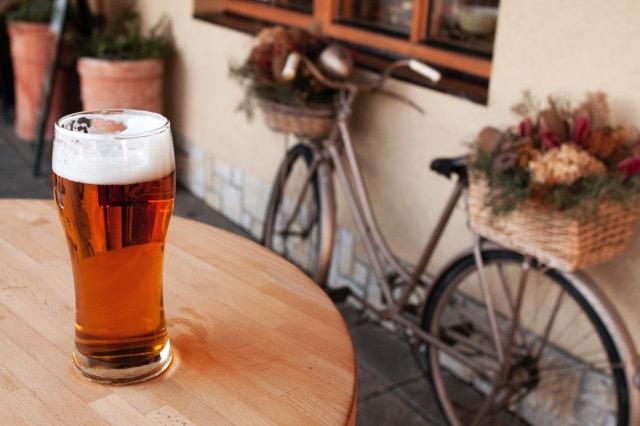 The Freewheel near Faversham opened in May this year
by Simon_MacMichael

A pub in Kent that is aimed at cyclists is to hold its inaugural Oktoberfest this weekend, themed around beer (of course), food and last but not least bicycles.

The Freewheel Pub and Cycling Café in Graveney, near Faversham, was opened in May this year by Adrian Oliver, who is the founder of Kent-based cycle training company, CyclingAge.

Its inaugural Freewheel Oktoberfest will get under way at 10am on Saturday 17 October and continues until 11pm on Sunday evening, with part of its focus on craft beers and ciders from across the county known as the Garden of England.

The weekend, which is free to attend and will feature family entertainment as well camping facilities and as locally-sourced food, also has a very strong bike theme, as Mr Oliver explained.

“There are a number of reasons why I set up Oktoberfest. In the United States Craft Beer & Craft Bicycles is becoming increasing popular and developing hand in hand.

“This gave me the inspiration to set up the Freewheel’s own Craft Beer & Craft Bicycle festival which offers people something rather unique.

“Firstly the opportunity to taste beers which are made locally and full of flavour and secondly to make cyclists aware that they don’t have to buy mass-produced bicycles, instead they can have something a little different that is bespoke.”

Bikes and components will be on show from businesses including frame builders Timmy Rowan of Rowan Frameworks, Caren Hartley of Hartley Cycles and Felix Fried of Shed 6, while there will also be accessories available to buy.