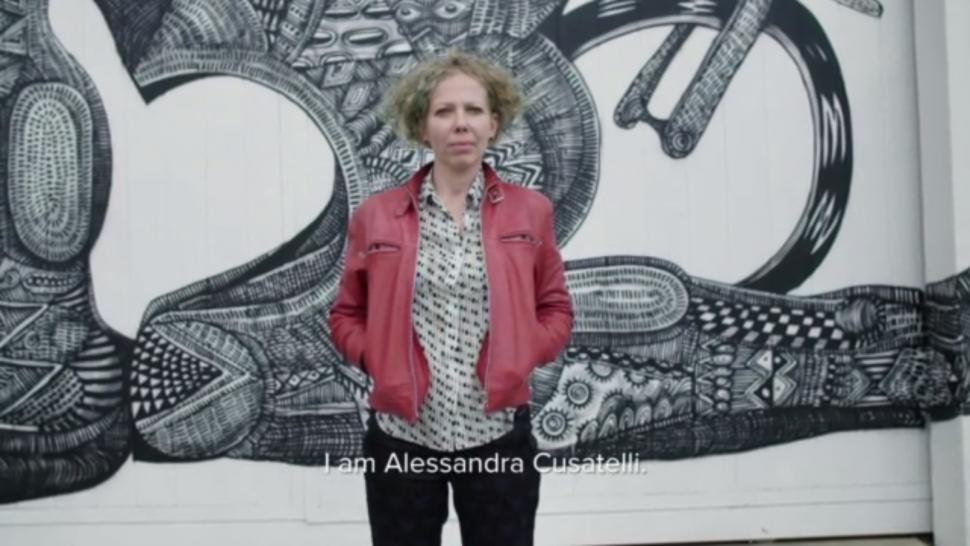 A short documentary has been produced to highlight successful women in the field of cycle design.

Called Beyond Shrink & Pink, the five minute piece shows three women in cycling design and their contribution to cycling culture. These are designers who, like most of us, believe women's cycling gear should be more than just a smaller, pinker version of the men's kit, and highlight that women have a unique contribution to make in the field.

For Alessandra Cusatelli, art director at Cinelli, the bicycle "is the first present we are given, our first moment of independence."

"It is a thing full of emotion," she says.

With 15 years designing Cinelli bikes, the woman responsible for overseeing their colourful decoration since 2001, Cusatelli calls the Vigorelli bike her first love, a design that has been copied many times.

Beyond shrink & pink - Women in cycling documentary from Giulio De Blasio on Vimeo.

Alex Feechan, fashion designer at women's active wear company, Findra, saw what women were wearing cycling and realised "it wasn't flattering, it wasn't well designed, it wasn't considered, and it certainly wasn't designed with females in mind." Feechan said what was designed for women too often seemed an afterthought of the men's collection.

"From a design point of view the products looked like they suffered from the 'shrink it and pink it' approach," she says.

Taking men's products, reducing them in size with a pink stripe or flower, is not the way to appeal to women, she says.

She says: "If you think of women's marketing, it is a lot of pink Lycra, and that's not really going to encourage people to get on their bike."

Drummond says women's and men's designs don't have to be pigeonholed by gender and points out Cyclehack's most famous output, the Penny in yo' Pants, that weighs down women's skirts for cycling, was designed by a man.

A follow-up to the video will feature details of a special charity auction, with a bespoke bike the prize.