Alpkit is a British outdoor gear specialist (think down jackets, sleeping bags and tents) that has become popular in the adventure/touring world recently with its range of bikepacking bags. The latest venture sees the Nottingham-based company branch out with a range of bikes developed under the Sonder tag.

The bikes aren’t being launched until November, but I’ve been fortunate enough to have the chance to ride Alpkit director and co-founder Kenny’s actual pre-production bike. It might seem odd for a company that specialises in camping and outdoor equipment to launch a range of bikes, but with its growing popularity in the bikepacking world, and staff that are clearly keen cyclists, it seems like a natural extension to the product range. 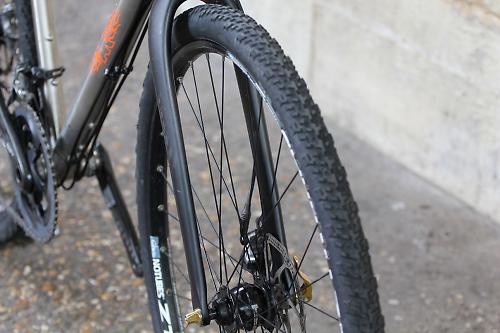 So Sonder is the brand, and Camino is the first model in the range. That’s the bike you see here - it’s actually a pre-production bike, some small details will change for the production version, but otherwise it's essentially as you see it here. And it's quite a looker. As well as the Camino there will be the Broken Road, a 650b+ rigid mountain bike and the Transmitter, a B+ longer travel hardtail mountain bike. Choose the size of your adventure and there's a bike to match you ambition.

For designing the bikes Alpkit has partnered with Pact Bikes, a relatively new company headed up by the very experienced Brant Richards. He’s a well known bicycle designer in the mountain bike world, and has worked at On-One and Ragley Bikes over the years, and knows a thing or two about designing a bicycle. 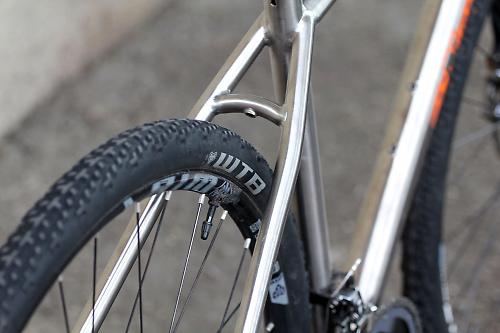 The Sonder Camino is pitched as an adventure/touring/gravel bike, with a titanium frame with a carbon fibre fork, disc brakes and huge tyre clearance. It’s clearly the sort of bike you’re going to buy if you want to load up with a tent and some bags to survive a couple of days, or weeks, in the wildness, and be able to ride swiftly over any terrain you encounter along the way.

“An in vogue quick and light drop-barred adventure travel bike,” is how Alpkit describes the bike. 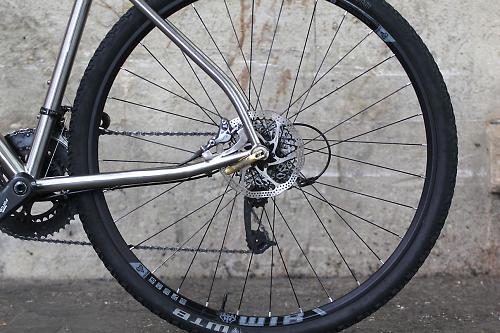 All the tubes are carefully shaped where needed. The down tube is big in diameter to provide stiffness, the top tube is a squashed oval shape to lend some compliance in the frame. Slender seat stays curve out to meet the dropouts, providing maximum clearance for the rear disc brake caliper. There are regular quick release axles at both ends.

Full outer cables run along the bottom of the down tube with simple zip tie guides, keeping the top tube nice and uncluttered so a bag can easily be attached. Slotted into the head tube is a carbon fibre fork with an external Hope headset. The bottom bracket is also an external type too - durability and easy maintenance were clearly high on the design brief. 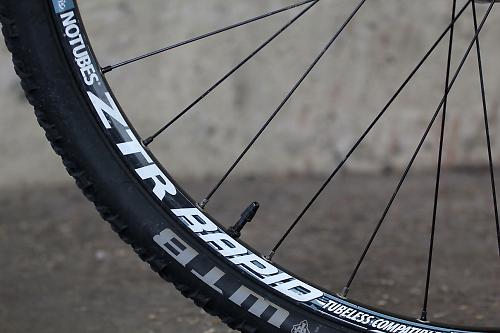 The bike I’ve been riding for a bit has a SRAM Force 22 drivetrain with hydraulic disc brakes. Wheels are a Hope Pro 2 Evo rear hub laced to a WTB rim, the front wheel is a SP Dynamo hub and Stan’s ZTR Rapid rim. Mounted to both rims are WTB Nano 40mm tyres, which have the sort of tightly packed tread pattern that works well on a range of surfaces. Fast on the road, grippy in the dirt.

So how does it ride then?

Riding the bike out of the road.cc office on its first outing, and negotiating the busy Bath traffic, the Camino instantly feels at home weaving between buses and calming the potholed roads. The short stem keeps the handling quick and nimble, and there's clearly enough length in the top tube to prevent things feeling very cramped.

The flared drops of the Salsa handlebars feel odd at first, but riding along in the hoods is comfortable enough, as the city gives way to towns and villages. Out into the countryside and I’m keen to explore some bridleways and byways I’ve often ridden past on my road bike, but never dared take a 23mm tyre filled with a vulnerable inner tube along. 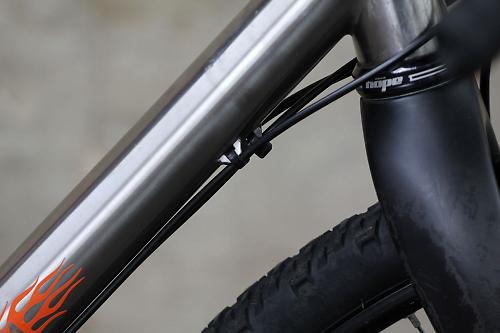 The Camino rolls surprisingly quickly along the road. There's a little drag from the tyres but not enough to seriously halt progress. With an eye on some off-road trails and dirt tracks, I drop a little pressure out of the tyres, and dive through a gap in the trees onto a bumpy dirt track disappearing away into the trees. Here and now the flared drops make wonderful sense. The stable handling I noticed on the road provides a reassuring balance on the dirt.

Tubeless tyres are a godsend on a bike like this, providing the peace of mind to batter over tree roots and drop into rocky gullies without fearing of puncturing. The big tyres provide plenty of traction and the titanium frame feels tight with a degree of flex occasionally noticeable when leant hard into a corner. Roots and rocks are easily coped with. 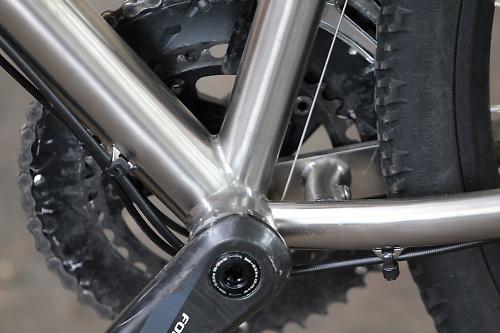 I continue to ride the bike in this way during my time with it. Riding all my favourite roads, hills and descents, and mixing up the terrain with frequent diversions down off-road paths, it's clear the Camino is happy on any sort of terrain. It's a bike that leans more towards off-road excursions than some of the more road-focused gravel and adventure bikes I've ridden lately.

There are a lot of new bikes entering the growing adventure and gravel market, and it’s clear every brand is coming at the genre from slightly different backgrounds with different requirements. The Sonder Camino is a homegrown bike that excels on British roads and trails and is rugged enough to survive any sort of adventure you might want to plan for it, but is fast, agile and capable enough to inject a bit of fun into any ride. I didn't get the chance to load it up with luggage during this first ride review, but there's no doubting it would make a great multiday adventure bike. 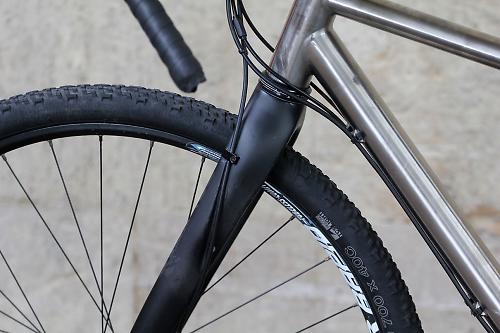 It might not be the finished production bike, but the Sonder Camino really impressed. If you’re looking for a capable bike for tackling a multitude of surfaces and terrain, and especially if you have a taste for bikepacking anytime soon, the Camino is one to check out.

Pricing and availability has yet to be confirmed, we'll update this article as soon as we know.