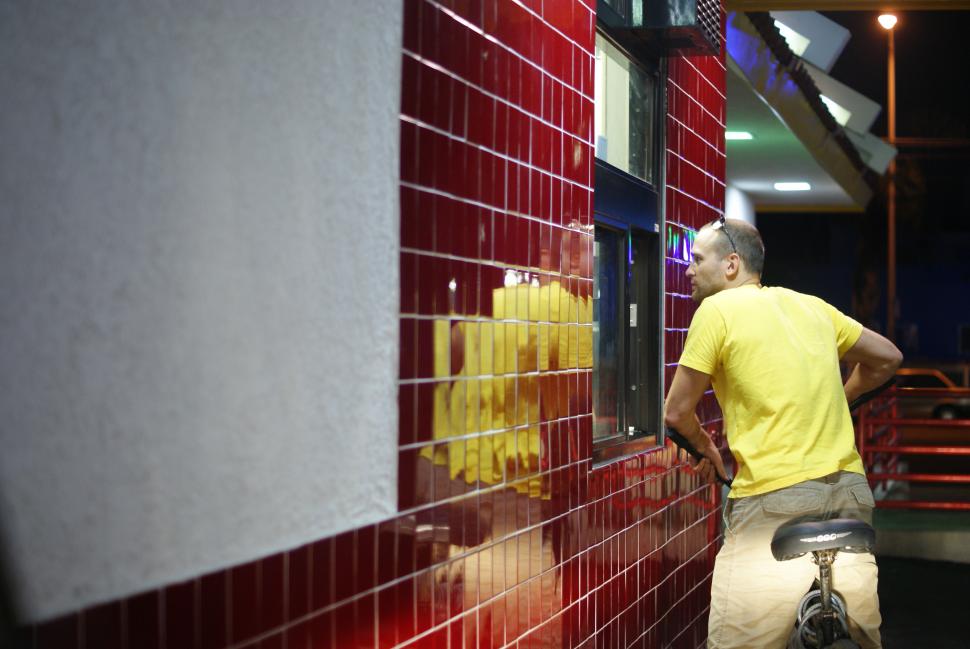 Fries with that? Fast food giant's appeal for drive-thru access across a West London cycle superhighway denied...
by Laura Laker

A local cycling campaign has won a legal battle against fast food giant McDonalds after the company attempted to get vehicle access to a new drive-thru across one of London's new cycle superhighways.

Although Ealing Council originally granted permission for motor vehicle access across the route, on the A40 in West London, part of London's 18-mile East-West Cycle Superhighway, Ealing Cycling Campaign raised concerns with the council about the danger this could pose for cyclists.

The council revisited and reversed the decision and although McDonalds launched an appeal, along with a suggested alternative access route away from the bike route, the appeal was denied by an inspector, who said granting access across the bike route was "not a good idea".

"Allowing cars to cross the path of cyclists, when there is no need to do so, is not a good idea... The object of the cycle superhighways is give cyclists safe, fast and uninterrupted journeys which an additional left turn across the route would not provide… Therefore I shall dismiss the appeal.”

McDonalds are reported as trying to argue that as cycling in Ealing is less popular than other boroughs use of the bike route would be low. ECC persuaded the officer that the current lack of cycling suggests significant opportunity for growth, given decent infrastructure.

Peter Mynors said: “It was to Ealing Council officers’ credit that they reconsidered the application back in February, as soon as the superhighway funding was confirmed.  It is a pity that a last-minute attempt was made to produce a botched compromise scheme still involving access off the A40, but in the end common sense has prevailed and a correct decision has been made.”

Rosie Downes, Campaigns Manager at LCC, said: “We’re delighted to hear that McDonald’s appeal has been dismissed. In 2012, Boris Johnson promised Londoners that he would make our city as safe and inviting for cycling as it is in Holland. With the introduction of the East-West cycle superhighway, the first steps have been taken towards the delivery of this promise. It would have been disastrous if this flagship scheme had been compromised in order to maximise McDonald’s profits.

"We’re grateful to our local group Ealing Cycling Campaign for their work to ensure the East-West cycle superhighway will be of the quality needed to open up cycling to people of all ages and abilities.”