Hunt wheels only launched earlier this year but the company hasn't rested on its laurels, massively expanding its range for 2016. There’s a clear focus on disc brakes, with five new disc-ready wheelsets, including its first carbon fibre offering, being launched at the 2015 Cycle Show.

Here are our highlights of the new range. 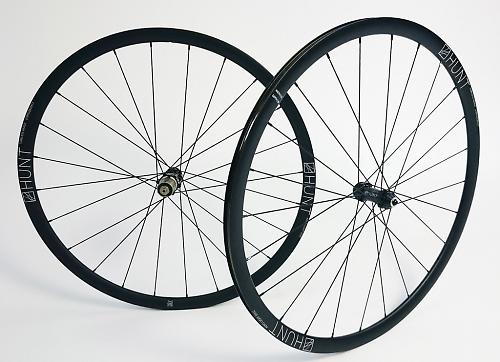 The new Aero Light Disc (£459) features a disc-specific rim with a 17mm internal width and 28mm depth, and a claimed weight of 1,449g. The wheelset is constructed using straight pull Pillar aero spokes and its own Race Season Disc hubs. Weight is reduced with the use of a carbon fibre hub centre. 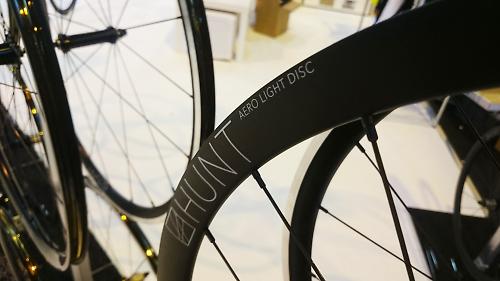 The hubs roll on upgraded S&S bearings with low friction seals and they are compatible with quick release and thru-axles. The freehub has a steel spine insert to improve durability, and Shimano, Campagnolo and SRAM XD driver versions are available. Hunt is fastidious with regards testing, and is proud to tell us that it has put this new wheelset through a 3.7 million strike cobbled rolling road test, along with months of testing around the Sussex roads where the company is based. A set of these wheels has just been tested on a 600-mile ride across Europe which include pavé sectors used in the Paris-Roubaix race.

The new 4 Season Gravel Disc (£349) wheelset is designed to be tougher and more durable than the Aero Light Disc, making it ideal for the growing number of gravel/adventure/allroad bikes. The new wheelset is based on the Hunt x Mason 4 Season Disc wheelset  (the wheelset which carried Josh Ibbett to Transcontinental Race success back in the summer) with the same hubs (featuring a taller flange) but utilising a new 24mm wide tubeless-ready. It has a19mm internal width so it'll work really well with wider tyres. 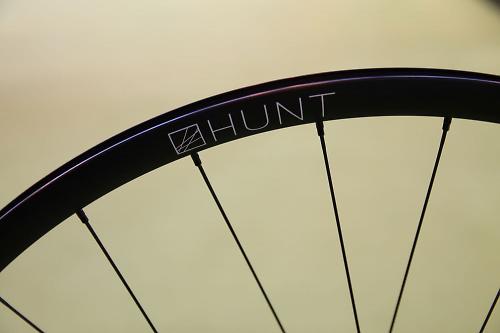 Spoke count is increased, up to 28 spokes per wheel, and brass spoke nipples are used, measures designed to boost the durability of the wheels. Inside the hubs are double sealed oversized bearings to ensure they provide longevity, and outside they use Shimano’s CentreLock disc rotor standard. Weight is a claimed 1,589g.

Hunt has dipped a toe into the carbon fibre world too, with the arrival of two carbon clincher wheelsets. It’s offering a choice of 38 and 50mm deep carbon rims and has developed a rim with a wide (26mm external, 18mm internal) U-shaped profile, as is popular with other leading wheel brands. "Until now our focus has been on wheels for real-world riders, with the introduction of our new carbon disc wheelsets nothing has changed! We focus on the details that matter to provide you with wheels that perform for your riding everyday," says the company. They’re both tubeless-ready as well, which immediately places them into a very small class of tubeless-compatible carbon fibre wheelsets currently available. Hunt has developed a rim bed profile with no bead hook, instead it uses a low profile design that it says increases rim strength while lowering the weight. The new wheels aren’t available yet, but you can pre-order them on the website now. More on the complete range at www.huntbikewheels.com