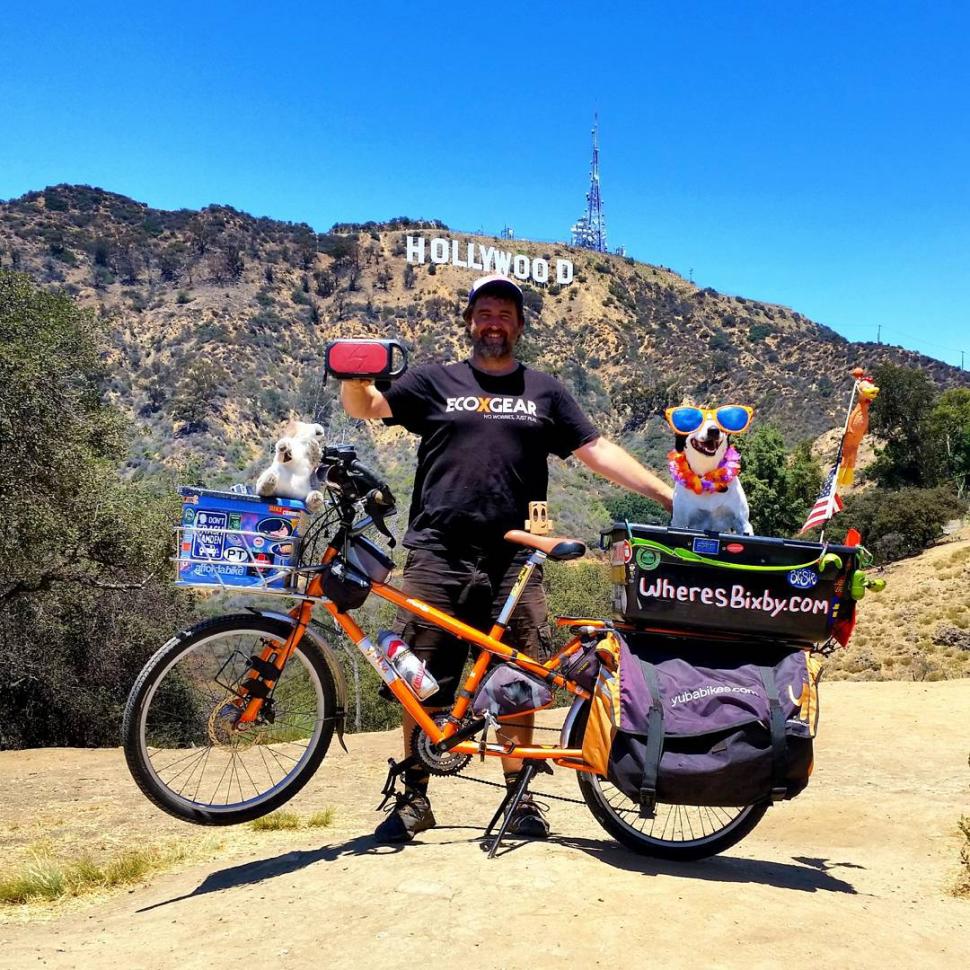 Mike Minnick and rescue and Bixby were featured in September's road.cc Blog of the Month...
by Simon_MacMichael

A man who is cycling around the United States with his dog to raise awareness of rescue pets in need of homes has had his cargo bike stolen – but within five hours of launching a GoFundMe campaign to help get back on the road, well-wishers have donated almost $10,000.

Mike Minnick has spent the past two years travelling around the country with Bixby, herself a rescue dog, publishing their adventures online. As well as raising awareness for pets needing homes, they also raise money for animal shetetrs.

The blog, wheresbixby.com, featured as our road.cc Blog of the Month for September.

But today, posting on Facebook, Minnick revealed that his bicycle, a Yuba Mundo V3 Cargo Bike adapted to carry Bixby, had been stolen from Mission Beach, California.

He said that besides the bike, other items stolen included “Chicken Charlie[ a rubber chicken attached to the bike], Bixby's crate (her bed) our lights, Bixby's toys, bluetooth speaker, iPod, GoPro, etc.. We're pretty devastated not to mention stranded in Mission Beach.”

Some people suggested that Minnick set up a GoFundMe page to raise money to enable him and Bixby to continue their travels, and that’s what he did, with initial targets blown away as the total donated heads towards five figures.

On the GoFundMe page, he says: “If you'd like to help us out to replace our stolen stuff and help support our trek across the country, we sure do appreciate it. Right now it seems really bad and we're trying to see the silver lining. Thank you to everyone who helps us out.

“As Bixby always says, ‘Dreams are like sticks, you just have to chase them’."